DESPITE the Federal Government axing a $9 million planned mining simulation centre a Queensland university plans to become a mining education and research hub.

The Rudd Government has said it will not honour the $5 million commitment made by the Coalition during last year’s federal election campaign and instead will spend $14 million on a Mining Technology Innovation Centre in Mackay.

Both the Central Queensland University and the Mining Industry Skills Centre (MISC) – which was originally awarded the grant and, together with CQU, was putting up $4 million towards the cost – said that while the planned building would not go ahead the operational side of the project would be unaffected.

The not-for-profit MISC, which provides policy advice and skills training for the resource industry, said it was committed to moving ahead with a Simulation Research Development and Training Centre. The organisation believes this project is vital to ensure a sustainable and skilled future workforce.

The centre was a significant component of the university’s planned development of the Mackay campus. However, it will go ahead with developing a plan with MISC and the mining industry to achieve the aims of the centre “without the signature building”

Mining simulation training is similar to the concept of using simulators in pilot training and the defence forces. It provides training with up to 80% of the required skills achieved before setting foot onsite and accelerating on-the-job training.

The university regarded the simulation centre project as a major initiative supporting the skills needs of the industry and community in Mackay. The town is the regional centre serving the Bowen Basin – Australia’s largest coal production region employing 6000 miners.

“One of the Mining Industry Skills Centre’s main businesses is simulation development,” CQU Mackay campus director Trevor Davison told . “The university will continue its partnership with the centre in terms of the synergies between our research skills and our strength in education and learning and their simulation development skills.

“Basically we are not making any more noises about sponsors for a simulation centre building. We are focusing on the continuation of the relationship and the importance of the work.”

Davison said while the building was not going ahead, the programs were, and the university would continue to work through strategies with a view to funding the building from different sources.

MISC CEO Derek Hunter said the centre would continue to discuss the project with both federal and state governments and key stakeholders, and highlight its importance “not only to Queensland and Mackay but to the future of the entire Australian resources industry”

“We have to capitalise on the Labor Government’s initiative of investing $14 million for a mining industry innovation centre in Mackay. That’s where their energy is and we are looking at finding ways to work in with that initiative,” Davison said.

“That is new and the university is heavily involved. We are monitoring it and just watching how it will all pan out. It is a fairly new initiative and we are not clear yet exactly what it will look like.

“We have relocated the management of our mining programs from Rockhampton to the Mackay campus. We are imbedded in the heart of the mining industry and obviously we have to capitalise on that.”

The university’s associate professor for mining Dr Colin Greensill also said that with the new incumbent government the matter of the simulation centre building was closed as there was no funding available but that the university would continue with the operation side of the project.

However he said the pledge to establish the Mackay campus as the university’s hub of mining education and research was going ahead.

“We have to be patient. It has always been the intention to have the hub in Mackay. The cream on the cake was the simulator centre,” Greensill said.

With the move in focus, mining degrees and programs will be delivered from CQU Mackay and the campus will be the focal point for mining-related research developments.

Executive dean professor Elizabeth Taylor said the pledge to establish the Mackay campus as the hub of mining education and research would help support other mining-related initiatives for the campus and the wider community of Mackay.

The centre will help small and medium-sized mining technology businesses across Australia find and adapt the latest technology to improve their products, access prototyping and testing facilities, and identify export markets for cutting-edge technology. Mackay is already a growing centre for mining services and mining-related in the region, having already established the Mackay Area Industry Network Cooperative.

Managing change will be one of mining's most pressing challenges. 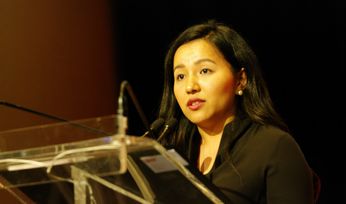 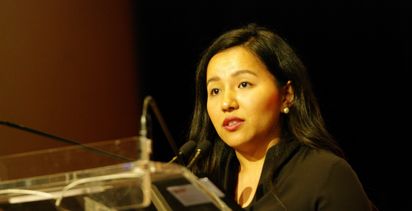 Shipper pressing on despite downturn