A UNIVERSITY of Utah study has found that the 2007 Crandall Canyon mine collapse that killed six miners and three rescue workers may have been bigger than previous estimates. 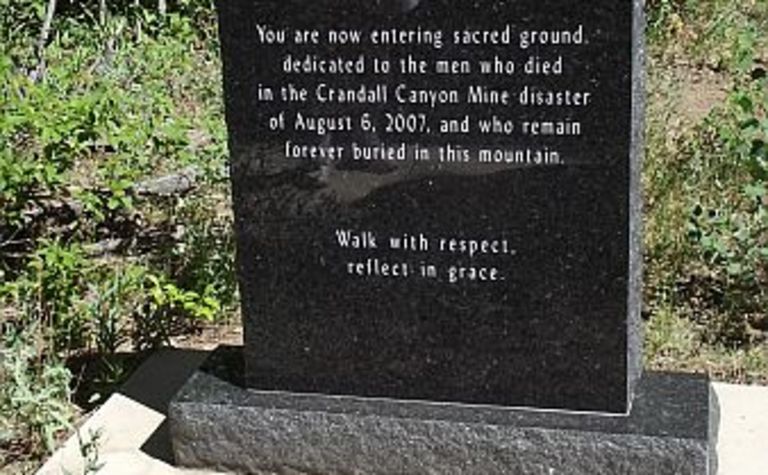 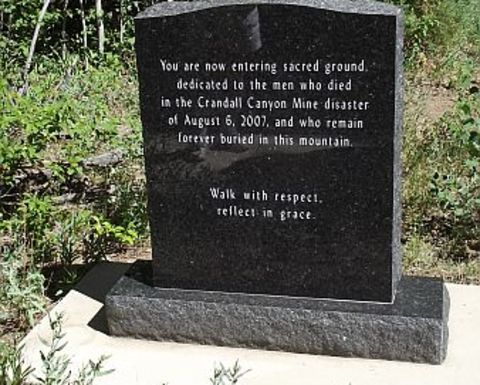 The research, unveiled at the Seismological Society of America’s annual convention in Salt Lake City, brings to light data not uncovered in an initial 2008 study of the collapse at the mine in August 2007 near Huntington in Utah.

“Before the new study researchers knew of about 55 seismic events – down to magnitude 1.6 – near the mine before and after the collapse, which measured 3.9 on the local magnitude scale and 4.1 on the ‘moment’ magnitude scale that better reflects energy release,” the report’s authors said.

Through mapping and the review of seismograph records for evidence of very small tremors, the scientists found "strong statistical evidence” of 569 aftershocks to go along with 759 seismic events that preceded the collapse.

There is also weak evidence that there were as many as 1022 seismic events before the collapse and 1167 aftershocks.

“Mapping out the locations of the aftershocks helps us better delineate the extent of the collapse at Crandall Canyon,” university graduate student author Tex Kubacki said.

The previous study of the incident by University of Utah seismologist Jim Pechmann found the collapse’s epicenter was near where the miners were working and aftershocks that followed showed the collapse area encompassed 50 acres – four times the area originally thought and extending from crosscut 120 on the east of the Crandall Canyon operation to crosscut 143 on the west, where miners worked.

However, in the latest study, the collapse area “looks like it goes farther west – to the full extent of the western end of the mine,” Kubacki said.

McCarter, who noted the group’s findings were tentative, confirmed the research showed the collapse “might extend the collapse farther west”, an area where no mining had occurred.

One theory the researchers have is that the seismic events at the west end and some of those at the eastern end of the mine may have been caused by “faulting forming along a cone of collapse” that was centered over the mine.

“We’ve discovered up to about 2000 previously unknown events spanning from July 26 to August 30, 2007,” Kubacki said, although he noted some of the weak evidence events might turn out not to be real or collapse-related.

“We have three clusters to look at and try to come up with an explanation of why there were three,” McCarter said.

“They are all related to the collapse.”

He added that they felt some of the eastern tremors were related to rescue attempts and a second collapse that killed the three rescue workers 10 days after the initial event.

Kubacki said that while most of the seismic activity before the collapse was due to mining, scientists still wanted to look at whether any of the smaller jolts might have been signs of an impending collapse.

So far, though, McCarter said there was “nothing measured that would have said ‘here’s an event [mine collapse] that’s ready to happen’”.

“We are looking at the Crandall Canyon event because we have accurate logs and very extensive seismic data and that provides a way of investigating the data to see if anything could be applied to other mines to improve safety.”

In an interview with ILN on Friday, Murray Energy spokesman Gary Broadbent said its position remained consistent that the collapse was caused by an earthquake.

“[N]othing that occurred inside the Crandall Canyon mine caused the seismic event of August 2007,” he said.

“New studies again confirm what [Murray Energy affiliate] Genwal [Resources] has always said, which is that an earthquake, related to the massive geologic faulting in the area, caused the event, as initially reported by the University of Utah.

“Now, a recent University of Utah study verifies that much of the collapse occurred where no mining ever took place.

“This confirms the company’s position as to what occurred.”

Workers will also volunteer at Foodbank's Kalgoorlie branch once COVID-19 restrictions are lifted. 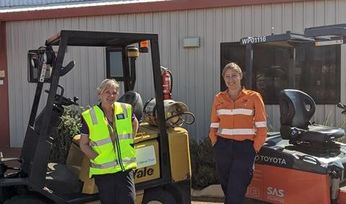 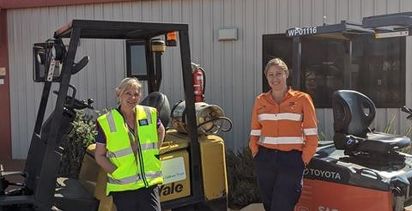 Rothsay better than ever