QUEENSLAND Minister for Environment and Heritage Protection Andrew Powell has urged mines to ensure any water releases comply with environmental standards ahead of the traditional “wet season”.

The call came after former operator of Baal Gammon copper mine, Kagara, pleaded guilty to three charges relating to the unauthorised release of contaminated water into Jamie Creek and the Walsh River west of Herberton during the 2011-12 wet season.

“The resources industry as a whole has done a significant amount of work in relation to water management and we are seeing improvements,” Powell said.

“For example, in 2010-11, under the former Labor government, the former DERM investigated 56 breaches of environmental authorities by 22 coal mines in the Fitzroy Basin.

“By comparison, there were 25 non-compliant mine water releases from 12 mines during the 2012-13 wet season.”

However, Powell warned that any company that failed to meet high environmental standards would face severe penalties.

“The unauthorised release of mine-affected or contaminated water into creeks and streams is a serious offence,” he said.

Kagara was fined $120,000 for contravening an environmental protection order, unlawfully causing material environmental harm, and breaching a condition of the mine’s environmental authority.

In September, the owner of the mine, Baal Gammon Copper Pty Ltd, was fined $80,000 in relation to the discharges.

“These matters resulted from an investigation, which was initiated in early March 2012 after Kagara notified the department that the mine experienced a release of suspected contaminated water into a nearby creek,” Powell said.

“High concentrations of heavy metals, including copper, cadmium and arsenic, were identified in Jamie Creek and Walsh River.

“This posed a potential risk to people living near the Baal Gammon copper mine.

“Residents where advised not to drink water from the Walsh River at the time following the releases.

“The Newman government takes non-compliance with conditions of environmental authorities very seriously, even if the company is in receivership,” Powell said.

“Authority holders are responsible for their mine even when another company, acting under the environment authority, manages the day-to-day operations at the site.

“This government has made sure the owner of the Baal Gammon mine has been held to account over mine water contamination in Far North Queensland, and we will not hesitate to pursue any company who fails to meet our high environmental standards during this coming wet season.” 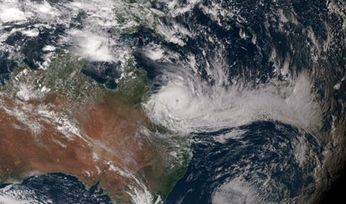 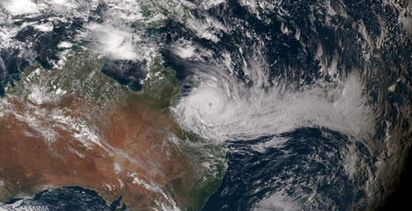