NEWCREST Mining’s Telfer gold mine and Rio Tinto’s Argyle diamond mine are in the running for this year’s Golden Gecko award for environmental excellence in Western Australia.

The operations joined a shortlist of innovative projects including a horticultural relocation program by Evolution Mining and work by Environmental Rehabilitation WA at Jupiter Mines’ Mount Ida magnetite project.

Telfer was recognised for the construction of a storage facility that prevents copper concentrate migration, while Argyle made the final group of six thanks to its use of renewable energy sources on site.

“All of the submissions have demonstrated exceptional environmental management over a diverse range of project,” WA Mines Minister Bill Marmion said.

“Western Australia is recognised as the world’s most attractive mining and petroleum investment destination and it is important government and industry work together to ensure the responsible development of our resources sector.”

“These are a commitment to environmental excellence, achieving excellent environmental outcomes, community engagement and what makes the project special.

“Regardless of who receives an award, all six companies have shown a commitment to Western Australia’s unique environment.”

For the first time since the Golden Gecko Award was launch in 1992, this year’s gala night will be open to all of the resources industry, not just finalists.

The ticketed event will be staged in two parts, a brief seminar where finalists will present their submissions, followed by a cocktail networking event where the Golden Gecko winner will be announced.

The 23rd annual event will be held at the Duxton Hotel, Perth on October 9, with Marmion presenting the awards.

The company was awarded for a program re-using cooking oil from mine cafeterias to make biodiesel fuel through a partnership with a refining business controlled by Ashburton Aboriginal Corporation.

The fuel was then sold on to mining companies for drilling and blasting operations in the Pilbara region. 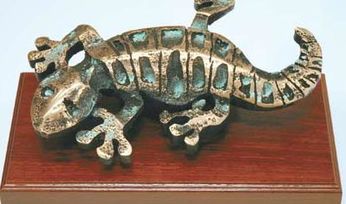 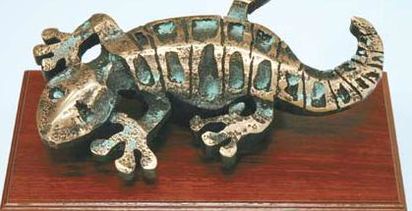