AN examination of hydraulic-machine related fires has pinpointed the need for better design and installation guidelines.

As the frequency of devastating fires has risen so too has the cost to mine operators. The loss of an excavator has in some instances removed 25% of a mine’s overburden removal capacity. Insurance premiums seem certain to climb, while the potential for fatalities increases with every fire.

According to industry sources, the main reason machine fires are on the rise is because mobile equipment such as excavators, shovels and drill rigs are simply not adequately protected from fire. About 75% of existing mining equipment is believed to be fitted with fire protection systems that have not been properly approved.

The burn down of a $4 million excavator at an opencut coal mine last year highlighted the consequences of fire protection system failure. It was only one of many instances in which on-board fire suppression systems have failed to work, or put out fires, placing operators at risk and causing substantial damage to equipment.

The mining industry, through the Australian Coal Association Research Program (ACARP), responded to the issue by commissioning a scoping study to investigate the extent and causes of the fires. Findings of the study, carried out by Doug Pickersgill of Bisbane-based special hazards consulting company Fire & Safety Systems (F&SS), underlined a significant industry problem. The root cause of the problem was found to be a lack of existing standards governing the design, manufacture and installation of fire protection systems.

The scoping study asked two main questions of an industry sample: should fire systems be approved; and should they be governed by an Australian Standard? An overwhelming majority of respondents said yes to both questions.

Pickersgill recommended that the coal industry work with Standards Australia to develop a standard for the installation of fire suppression systems on mobile equipment. An ACARP opencut mining technical committee welcomed the findings and directed additional funding into development of the standard.

While ACARP is primarily coal research oriented and not typically involved with developing standards, it is an industry driven program. The industry acknowledged the need for an Australia Standard and wanted to have input into its development. BHP, MIM and Anglo Coal subsequently nominated industry monitors to work with F&SS to ensure the resulting standard reflected industry needs and not just the views of suppliers.

At a broader level the development of a standard will benefit every opencut mine in Australia that uses similar equipment, and not only the coal industry. Underground mines, while facing different engineering issues on mobile equipment, will also benefit from the development of a standard, which is expected to be particularly applicable in areas of increased hydraulic usage such as in coal transfer points in underground haulage systems.

The insurance industry has also supported the development of a standard. The lack of an Australian Standard for mobile equipment protection system design and installation has been a major concern to several mining industry insurers for some time, according to Rick Stowe, regional engineering manager for AIG.

“During site inspections to a number of large mines, both soft and hard rock over the past 15 years, we have found numerous deficiencies with the level of fire protection of mobile equipment. The deficiencies are varied and include incorrect original design, installation, and lack of adequate testing and maintenance,” Stowe said.

“The lack of a consistent approach to the design, installation, commissioning and service of both package and engineered systems has lead to several large losses, which could have been avoided.

“The establishment of a suitable minimal common standard will provide an invaluable guide for designers, manufacturers and operators to ensure that suitable fire protection systems are installed.”

Typically when a mine evaluates competing fire protection systems it is without the independent guidance embedded in a standard. Price often becomes the main motivator for the decision. Pickersgill said at present, when a system was installed, there was no risk assessment covering different types of fires that could occur on a particular vehicle so that a protection system could be designed in accordance with a “fire load”. The only current guidelines called for “adequacy” in the system, but did not define what was adequate, Pickersgill said.

According to Pickersgill, the frequency of fires has increased as a direct result of a significant shift in coal industry use of hydraulically operated machinery, largely in place of electrically driven equipment, over the past five years. Fires on electrically driven equipment were usually electrical and did not result in catastrophic damage. Hydraulic equipment, on the other hand, contained vast quantities of highly volatile fluids such as diesel, oil and hydraulic fluid.

Hydraulic pumps were fed by an array of leads and hoses, with pressures reaching 6000 pounds per square inch.

If a hose or a joint was ruptured, it resulted in a massive release of heated pressurised fluid which atomised in the air, Pickersgill said. This highly volatile air﷓fuel mass was easily ignited by something like a turbo-charger, generating an explosion and an extremely intense fire. He said this potent mix meant hydraulically powered equipment was probably about 10 times more risky, in terms of the fire hazard it presented, than electrically powered machinery. Incorrect design of fire protection equipment had included the use of combustible materials inside the machine compartment, or the use of plastic brackets to support fire protection systems. These melted under intense heat.

The new standard would not deliver a prescriptive approach to fire suppression systems, Pickersgill said. Rather it would offer a number of solutions to potential risk situations. Of major concern was that so few systems were currently approved or certified; up to 75% of existing mining equipment was fitted with non-approved systems, he said.

“The standard will require fire protection equipment to be listed or approved by an authorized local or international body,” Pickersgill said.

Mine standard operating procedures for lifting plant were not followed. 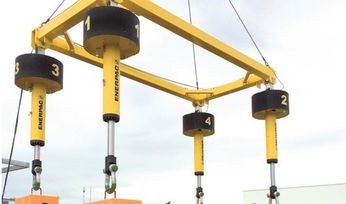 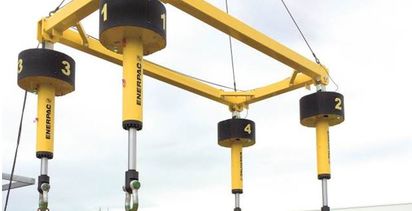