They will now go on to represent the district at the Australian Mines Rescue competition to be held near Mudgee in October.

The team from Airly mine were named runners-up.

General manager Mines Rescue Wayne Green said the primary purpose of Mines Rescue is to provide emergency response to the industry in the case of an emergency.

"Our mines rescue competitions aim to be as realistic as possible to really test the skills of our brigades in high pressure situations," Green said.

"We are fortunate that today our industry is focused on safe work practices and the need to respond to incidents is infrequent.

"Our specialised mines rescue training not only prepares brigades to respond if needed, but equips them with the skills to provide safety leadership at site every day."

Green said that a great deal of preparation and organisation goes into the competitions and thanked Centennial Coal for partnering with Western Mines Rescue in hosting the event at its Angus Place mine.

"It's been three years since Clarence had a win. I've enjoyed being with mines rescue for 23 years and this is my second year as captain.

"We've got some new team members and some have been with the team for a while. We made a lot of mistakes but as I said to the guys, make them. If the time comes, we won't make those mistakes again." 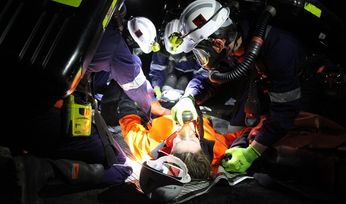 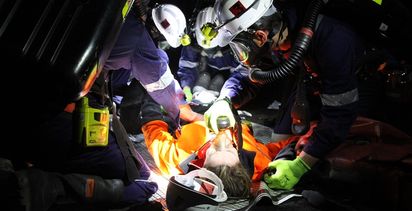