QUEENSLAND mining executives face up to 20 years in jail if it is found workers died because of their criminal negligence. 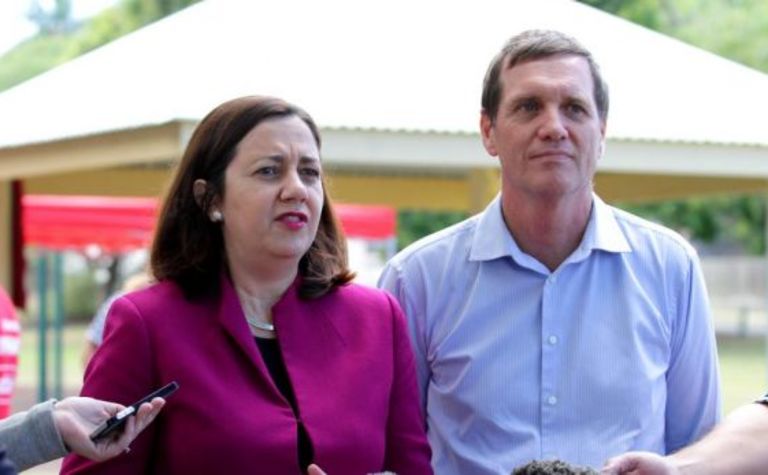 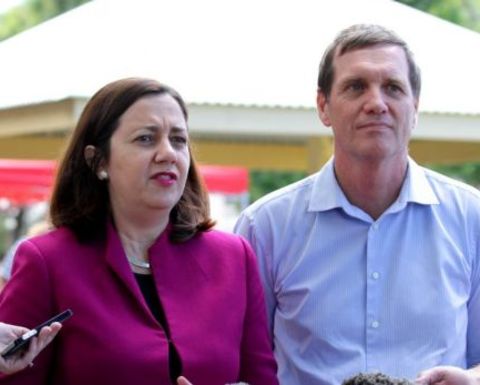 Under the proposed laws, senior officers of a mine or quarry company can be tried for industrial manslaughter if criminal negligence is proven for a worker's death.

Maximum penalties range up to $13 million and 20 years' jail.

That legislation brings resources workplaces into line with all other Queensland workplaces.

"It is totally unacceptable that workers continue to die in our resources workplaces," Lynham said.

"Queensland already has the toughest mine safety and health laws in the world.

"These laws will give our 50,000 mine and quarry workers the same protections as other Queensland workers.

"These are part of the most comprehensive suite of mine health and safety reforms in two decades."

Lynham said the laws were just part of a suite of sweeping mine safety and health reforms under the Queensland government.

"The most important product to come off a mine site or a quarry at the end of shift is not minerals, or coal, it's a worker, heading home to family and friends," he said.

"This Labor government will always act to protect workers."

Queensland's reforms include better detection and prevention of black lung, and an improved safety net for affected workers; increased maximum penalties for offences to $4 million and powers for the regulator to issue fines without going to court; statewide safety reset sessions for mine and quarry workers to refocus on health and safety; $35 million to deliver reforms to improve the safety and health of our mine workers; and a commitment to tighter controls on mine dust levels and a possible independent resources health and safety authority.

There has also been more than 49,000 chest x-rays to International Labour Organisation standards, including more than 14,000 by Queensland-based Lungscreen Australia.

Mine dust lung disease expert Dr Bob Cohen, from University of Illinois, Chicago, said this increased health surveillance of coal miners made Queensland "the envy of the world".

"Coal miners and their families should feel comforted that miners' health will be protected through a high quality medical surveillance system, that ensures disease is detected early and the risk of disease progressing to a severe and debilitating stage is thereby significantly reduced," Cohen said.

"Other jurisdictions including the United States, should strongly consider adopting these changes Queensland has led."

Lynham told parliament there had been extensive consultation with the Queensland Resources Council, mining companies and unions.

The organisation will make a formal submission to the parliamentary committee that will examine the bill.

"QRC accepts the introduction of industrial manslaughter as an offence in the resources sector," Macfarlane said.

"However, QRC is concerned the current proposed legislation unintentionally weakens the mine safety reforms introduced two decades ago following the Moura 2 Mine tragedy that claimed 11 lives on August 7 1994.

"QRC believes it is critical the reforms developed in the wake of that tragedy remain in force and are built upon.

"QRC will continue to work with the government and unions to achieve that end."

CFMEU Queensland president Stephen Smyth said it would bring mining into line with other industries where individual executives and managers faced jail time.

"The industry has fought tooth and nail against being held accountable for worker deaths," he said.

"I commend the Queensland government for standing up to pressure from the mining companies and bringing this bill to parliament.

"Over the past year, we have all been shocked and saddened by the deaths that have occurred in our industry.

"Where worker deaths are caused by negligence, there should be consequences. Mine safety is a multi-dimensional issue, but accountability for individuals in positions of authority is absolutely critical.

"The union has advocated strongly for industrial manslaughter laws in mining and we'll continue to fight to improve safety in our industry."

The CFMEU also supports changes that require statutory positions in mines to be filled by workers employed by mining companies, rather than employed as contractors.

Smyth said the critical roles of deputy and open cut examiner must be directly employed and focus on safety, rather than production.

The bill introduced yesterday also strengthens measures to ensure taxpayers are not left with the costs of rehabilitating abandoned mines and better protections for vulnerable electricity customers.

The bill proposes reforms in line with the Queensland government's financial assurance and mine rehabilitation reforms.