Norton to the rescue

RESCUE teams proved their skills at the Chamber of Minerals and Energy of Western Australia’s (CME) Surface Mine Emergency Response Competition, with Norton Gold Fields taking out Best Team. 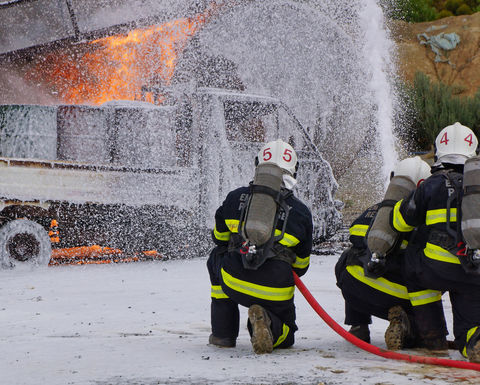 Norton Gold Fields at the competition. Picture courtesy Department of Mines and Petroleum.

In addition, Norton’s Marcus Day was celebrated as the event’s best new captain.

Norton’s emergency response coordinator at the Paddington operations, Brett Morrow, told AMM the event was well-run and presented a rare opportunity to test his team’ skills against personnel from other companies in situations they may not be able to replicate on a working site.

“A well-planned and run exercise is the best test for our personnel and systems,” he said.

“This competition provides some of the most realistic, well resourced, planned and executed scenarios available.”

The event took place at Focus Minerals’ mill in Coolgardie, which remains under care and maintenance.

CME made sure the challenges were realistic – including inspectoral presence from the Department of Mines and Petroleum and the police where necessary.

Sandfire Resources, which joined the competition for the first time this year and came second in the tally board, said the event gave it unprecedented value and confidence in the skills of its emergency response team.

“While we do our own drills and training at a level we believe to be world-class, until you get the opportunity to test yourself in a foreign environment it is difficult to gauge your true strengths and weaknesses,” Sandfire’s DeGrussa general manager Shaun Ryan told AMM.

“This has given us confidence that we are ready for any event and, by involving the surrounding community, has given them a better understanding of the abilities and skills we have on site and how we could provide assistance in the event of an emergency at one of their operations.

“Achieving the awards and being acknowledged by the mining industry for these achievements is of course an added bonus – and we are certainly very proud of our team – but the real value is the participation and the experience gained.” 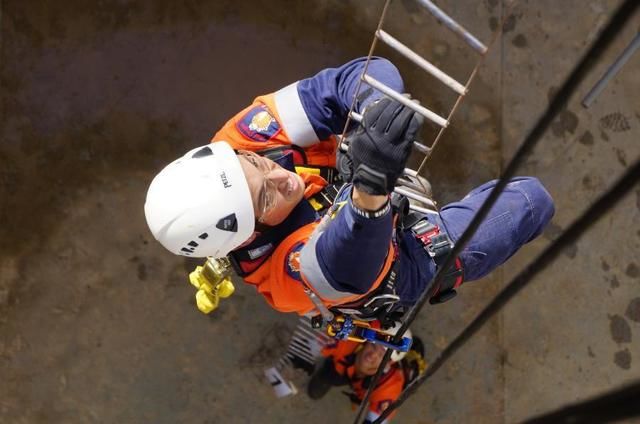 Though the competition was a success, the number of entries was low, down from a high of 18 teams in the last five to 10 years.

CME eastern regional council chair Kelly Bodman explained this was due to some companies considering participation counterproductive to cost-cutting strategies put in place during the downturn.

“So our competition has basically almost halved,” he said.

“At the same time the industry is up and down, but with all the resources that we’ve got in the area, people should be able to come along and join in.

“We’d like to see a few more mine sites and companies send their teams into these environments and to be able to participate to these competitions. It definitely makes everyone feel safer knowing that they’ve got good people and well trained personnel that are able to attend to incidents if they are to occur.”

“The safety of Norton’s employees is not subject to the rise and fall of commodity prices,” he said.

“Managing risk is part of our day-to-day activities.

“Competition participation provides a venue to test the effectiveness and consistency of our emergency response and arm members with the knowledge and experience to respond quickly and effectively in real life emergency situations.”

CME will host a similar competition in November for underground rescue.

It will start seeking applications next week and hopes at least 10 teams will register.

Ryan said Sandfire may enter in November, but will definitely return in 2016 to challenge Norton.

“We will certainly be there and we are looking forward to hopefully going one step better in achieving first place, but more so being able to support and learn from the competition and the scenarios set!”

CME thanked host Focus Minerals for the use of its facilities over the weekend.

Other winners at the 2015 Surface Mine Emergency Response Competition were: 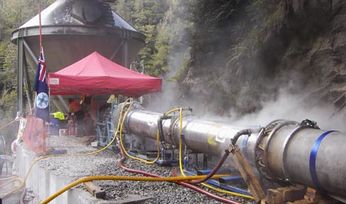 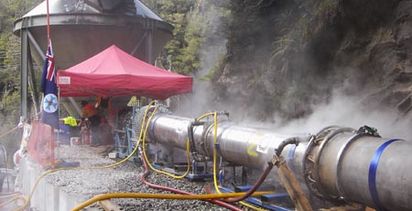