NEWCREST Mining has made a major shakeup to its management team, with CEO Sandeep Biswas continuing to stamp his mark on the gold miner. 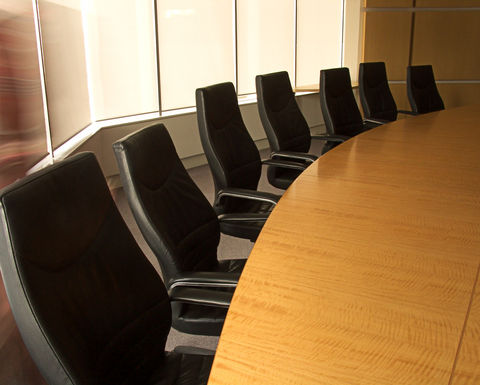 Newcrest Mining has shaken up its top ranks and brought Michael Nossal in to the role of chief development officer.

The shakeup is the latest change at the company’s top ranks, and comes after MMG executive general manager business development Michael Nossal announced plans to take up a new role with Newcrest as chief development officer.

Nossal will start July 6 and will report to Biswas.

“The role of chief development officer has been created to consolidate all business development and growth opportunities into one focused area,” Biswas said this morning.

In other changes Craig Jones will take up the role of executive general manager for Cadia and the Morobe Mining joint venture, which includes the Golpu project in Papua New Guinea.

He will also be accountable for the group’s asset management function.

Stephenson joined Newcrest in 2014 and has 29 years’ experience with companies including Newmont Mining Corporation, Barrick Gold Corporation and Placer Dome.

Elsewhere the general manager of the Lihir operations, Craig Jetson, will now report directly to Biswas.

Newcrest said the change recognised the company’s focus on maximising the potential of Lihir in PNG.

The changes for Jones, Stephenson and Jetson will all take effect on July 6.

“We have made good progress on our phased improvement journey at Newcrest, with the extensive work conducted under the Edge improvement program showing strong results,” Biswas said.

“I have made further changes to the organisation to reflect the increasing intensity of efforts on progressing the Golpu project, to create a single point of accountability for the Lihir turnaround and to increase attention on driving further improvements at existing operations.”

In other areas, executive general manager minerals Colin Moorhead will leave Newcrest at the end of August after a handover period to Nossal.

Moorhead has been with the company for 28 years after joining as a graduate geologist in 1987.

He held operational roles at Telfer, Cadia and Gosowong and was closely involved with the discovery and development of a number of deposits including Telfer Underground, Cadia Hill, Ridgeway, Cadia East, Toguraci and Kencana.

Executive general manager international operations David Woodall will also be leaving at the end of July after a handover process.

Woodall will be pursuing opportunities that allow him to be closer to home in Perth after previously driving an improvement program across Lihir, Bonikro and Gosowong.

While a number of senior roles are changing hands, key members of the executive committee will retain their positions.

“This is an experienced and highly capable senior leadership team which will continue the transformation of Newcrest,” Biswas said.

“With our refined team structure and accountabilities, we are well set up to complete the next phase of our improvement program and to grow the business profitably.”

Newcrest shares were steady at $A14.19 this morning.