WHEN Jarrad Lister, a jumbo operator with 10 years’ experience got up every morning he would hobble around for half an hour until his feet and ankles started working properly. It turned out his experiences were not unique. 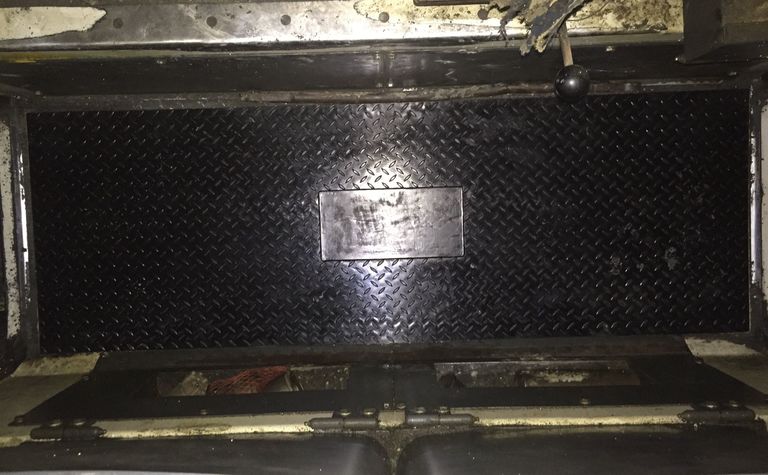 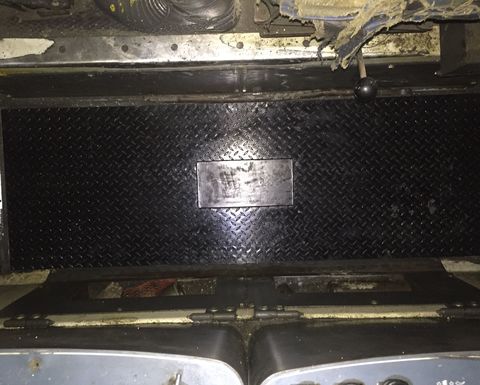 One of the Shakedown Mats in place on a jumbo. Note the jumbo bar resting at the top of the mat.

In Lister’s case, it got to the point where he had to look at doing something else and after picking up his shift supervisor’s ticket he went into that line of work.

The leg problems came back.

In a way this is not surprising that jumbo operators seem to suffer this sort of pain. They stands up at the controls as two pneumatic rock hammers go at it for hours on end. Those rock hammers send a lot of vibration through the drill rig’s frame and those vibrations get transferred through the operator’s legs.

To deal with this Lister came up with a solution – the Shakedown Mat.

The mat is made of a fairly rigid foam with a non-slip cover on it. On its underside the foam is indented, a lot like acoustic tiles are. This is part of the vibration mitigation.

Stand on the Shakedown Mat and it is surprisingly firm.

Lister explained that if the foam was too soft, it quickly got flattened and the vibration absorbing qualities are lost. Make it too hard and there is no vibration mitigation either.

He has even been taken the step to put a high visibility strip around the outside of the mat.

Each mat is made to fit in whatever jumbo it is to be added to.

Lister has also tapered the leading edge of the mat so tools such as the spanner-like jumbo bar can be stored there safely. It does not diminish the effectiveness of the mat. It just keeps the tool out from under the operator’s feet.

The product has been tested by Visafe, which found the mat reduced vibration by 21% on a Sandvik DD421 – one of the most common jumbos used in the industry.

Add the Shakedown Mat to the DD422 and its vibration drops 11%.

“As a jumbo operator for every 10 days you’re getting two days less vibration,” Lister said.

“That adds up over the career of a jumbo operator.”

As Lister’s own experiences show, this vibration problem is an issue for miners and mining contractors because it can reduce the longevity of good operators.

Jumbo operators are among the most highly paid in the underground mining industry. In return, they have to be highly skilled because their work governs the speed of advance in underground development works. Contractors are usually paid in terms of metres advanced.

Lose a good operator due to leg problems caused by vibration and their replacement will have to be paid close to the same but will not necessarily have the experience or skills.

Lister has spent the past 2.5 years working on the Shakedown Mat.

“I had all these ideas flying around in my head,” he said.

“I contacted this rubber engineering company in Sydney and we’ve been working together ever since.”

So far Lister has been able to get one of the major mining contractors to give his Shakedown Mat a go.

However, as is often the way with new products, getting it into the market is proving challenging.

The mats sell for $1500 apiece. While that sounds expensive, consider the cost of losing people from the industry due to vibration-related injuries.

“Managers are good with the dollars and cents but don’t understand what it’s like to be in pain from your feet and legs,” Lister said. 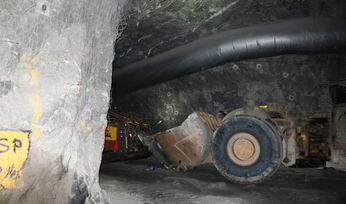 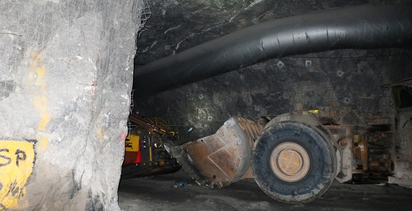 "Solving an actual problem" - Innovating because there is a need