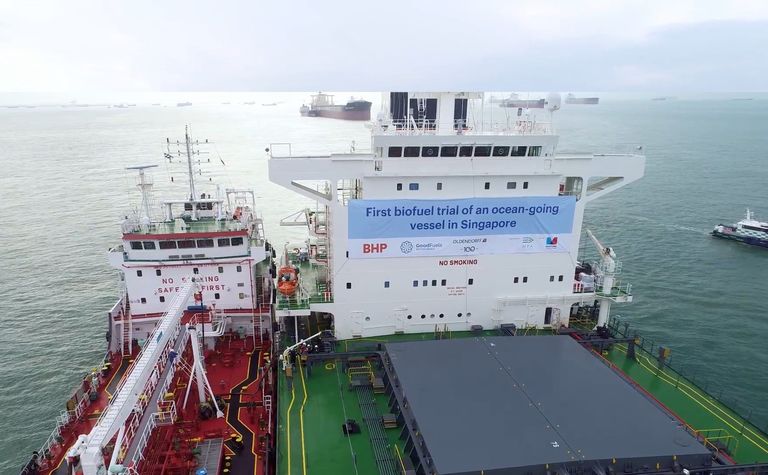 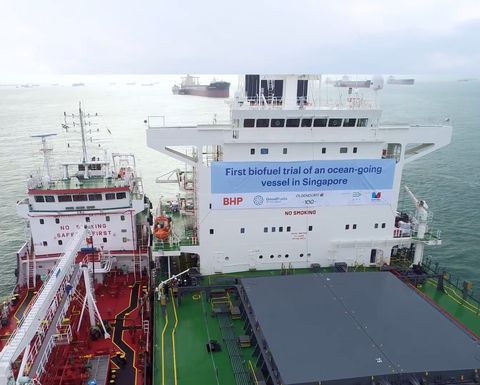 BHP is trialling biofuels to replace diesel as part of its commitment to the IMO2030 target.

As part of the trial, BHP refuelled 81,290-tonne dry bulk carrier Kira Oldendorff, with a biofuel blend from Goodfuels.

In a statement BHP said the objective was to understand the emissions and engine performance using the biofuel blend.

It is also to explore the technical and commercial merits and challenges of biofuels as a marine fuel.

The trial is part of an ongoing study by BHP as it looks to transition away from fossil fuels where possible.

BHP maritime vice-president Rashpal Bhatti dubbed it an important step in enabling BHP to "establish pathways for meeting one of its Scope 3 greenhouse gas emissions goals for 2030".

"We strive hard to work with our customers, suppliers and other stakeholders along the value chain to influence emissions reductions across the full life cycle of our products and we fully support moves to decarbonise the maritime industry," Bhatti said.

The trial found CO2 emissions from tanker were cut by as much as 90%.

While the source of biofuel was not made public, BHP said it was made from sustainable waste and residue streams.

That could have Australia's second largest iron ore producer reduce its emissions by more than 30% per voyage.

Under International Maritime Organisation rules, the shipping industry is required to meet a 40% reduction in emissions by 2030.

Biofuels are seen as one of the more viable options in replacing diesel in the shipping industry because they are compatible with several types of commercial marine engines and fuel infrastructure.

However, biofuel is also up to twice as expensive as diesel and not mass produced, yet.

Another fuel being investigated is hydrogen. However, while it is powerful enough to send a rocket into space, it needs to be stored at more than -253C, or under extreme pressure.

Founder of research hub in Singapore.