FORMER prime minister Kevin Rudd made fresh calls for a super profits tax – the very thing that had him kicked out of The Lodge the first time around. 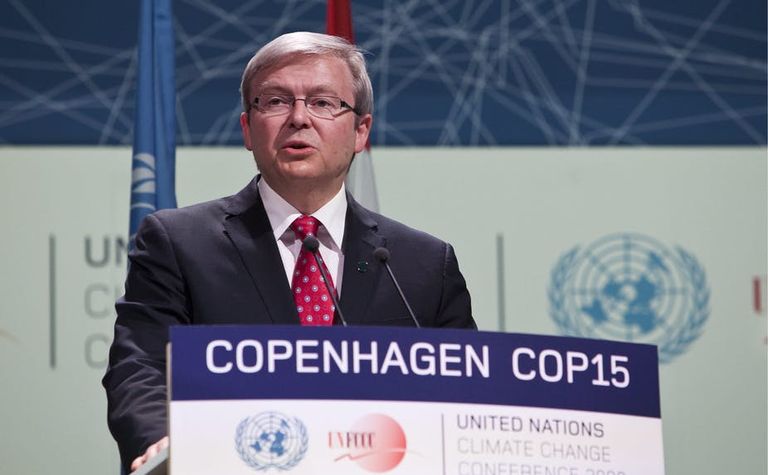 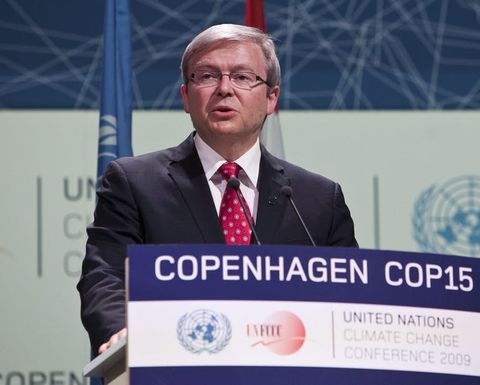 Back in 2010 Rudd was championing the Resources Super-Profits Tax.

His argument was that the major miners BHP, Rio Tinto and Glencore were making super-profits on the back of the resources super cycle at the time.

He wanted a 40% tax rate that would apply over and above the income tax those companies would already pay. In return that company tax rate would drop from 30% to 28%.

Rudd was also prepared have the federal government credit the miners for the royalties they played to state and territory governments.

However, he never quite got around to explaining exactly what a super-profit was.

It is worthwhile considering the economic and social landscape at the time.

In 2010 miners were making hitherto unseen profits and there was a lot of ill feeling in the eastern states over the bonanza Western Australian mining workers were enjoying.

There was a massive skills shortage in the west, driven by the iron ore miners wanting to expand their projects and there was not enough of a rush from the east to fill those roles.

The mining landscape was a little different too in 2010. Coal was a much stronger player than it is today.

With the iron ore price north of US$180 per tonne, iron ore miners are again making hitherto unseen profits.

They are also grappling with skills shortages because people in the east are not prepared to head west.

In an April 22 media statement Rudd said the super-profits a handful of majors were earning were "a giant rip-off for the Australian people".

"Furthermore. the greed of these three [this time around Rio Tinto, BHP and Fortescue Metals Group], is unbelievable," he said.

"They haven't even bothered to establish serious, large-scale charitable foundations to benefit the Australian people at the scale that other serious global firms do.

"And in Rio's case they dynamite Indigenous heritage on the way through.

"I fully understand the financial investment needed for long-term projects.

"But nowhere in their long-term financial planning did any company forecast prices at this level.

"That's why the Australian people, who actually own these resources and merely lease them to these companies, deserve a higher return.

"That's why I believe these three majors should pay a super profits levy into a national investment fund to underpin the future of Australian higher education and research, because this is the sector that will need to generate the next tranche of national wealth.

"We need Australian equity in the global technology revolution now underway, where we are in danger of owning none of the intellectual property and assets that will drive future global growth."

"It would be a huge mistake to try and bring back a proposed, failed tax," she told the AFR.

Miners are paying their way.

In its Mid-Year Economic and Fiscal Outlook, Treasury noted higher than expected iron ore prices had led to company tax receipts being $3.4 billion higher in 2020-21 than it had forecast in October.

That contributed to an anticipated improvement in the underlying cash deficit of $15.9 billion in 2020-21.
Rio Tinto recently released its 2020 Taxes Paid: Our Economic Contribution report.

That US$6.8 billion is the lion's share of the $8.4 billion of taxes and royalties Rio Tinto paid globally.