AUSTRALIAN leader of the opposition Anthony Albanese will encourage mining industries to use automation and a revamped infrastructure backbone under a Labor government to add value to the nation’s vast minerals wealth. 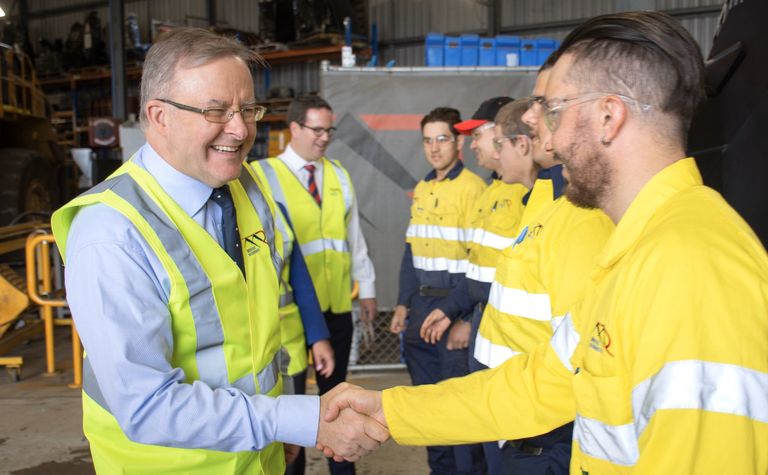 He told a Minerals Council of Australia luncheon that Labor would also work cooperatively with industry to take advantage of opportunities created as the global economy decarbonises.

"It's no longer good enough to ship raw materials to overseas markets then buy back manufactured goods at a premium," Albanese said.

"We can do better. The profile of manufacturing is changing, driven partly by increased automation.

"But with automation on the rise across the globe, labour costs are falling as a proportion of total production costs. When we combine that trend with lower power prices due to the use of renewables, suddenly manufacturing becomes competitive in this country."

"What is needed is a government with the vision to grasp this opportunity and the energy to turn it into reality," he said.

"And we will cut them further with our Rewiring the Nation Project, rebuilding our ageing electricity distribution system so it meets the needs of the 21st century.

Modelled on the Clean Energy Finance Corporation, the fund will provide loans, equity injections, co-investment and lending guarantees to back in the endeavours of companies that see a future in making things in Australia.

"As an example of what could be possible, Australia is uniquely placed to become a major player in the growth industry of the future - batteries.

"Government figures suggest global demand for batteries will increase by 25% a year each year between now and 2028. Global sales of electric vehicles are forecast to increase tenfold by the end of this decade.

"As the world's biggest exporter of lithium, Australia has an opportunity to move beyond bulk exports to value-adding through the creation of a domestic battery manufacturing industry."

Albanese said there would be more opportunities for the use of Australian steel, made from our iron ore and coal.

"I want to lead a Labor government that is ambitious, pragmatic and energetic," he said.

"A government that sees the opportunities on our doorstep and has a plan for how to seize them for our people.

"These industries provide jobs for Australians. They provide economic activity in regional Australia. And billions of dollars of revenue for governments.

"Australia will continue to export these commodities. But as everyone here knows, markets change."

Albanese said as the world moved to a low-carbon future, demand for some resources would decline.

"But there will be strong demand for other resources, particularly those needed for growth sectors like electric vehicles and batteries," he said.

"That means there is a very bright future for exports in areas like aluminium, lithium, copper, cobalt, nickel and rare earths.

"Just as there is a bright future for solar and wind power, given our nation has abundant supplies of both."

Albanese said government should provide leadership to shape change in the interests of businesses and workers.

"They support markets as the best mechanism to direct investment with appropriate regulation," he said. 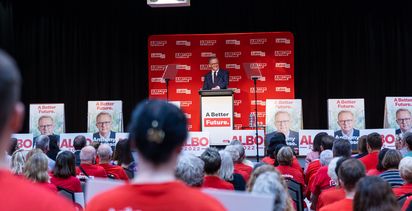