Taking the pulse to get optimal tool stress

A REAL-time stress monitoring tool has been released for top-hammer drilling. 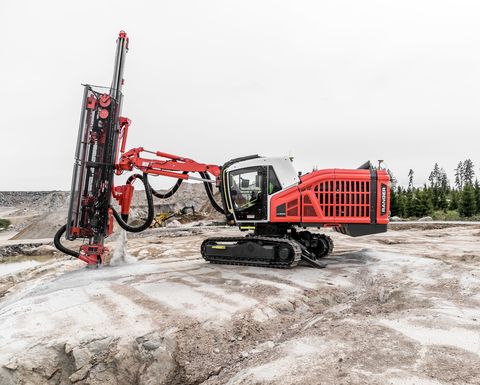 The Ranger DXi900 with Rockpulse.

Called Rockpulse, the device is an add-on system from Sandvik Mining and Rock Technology that integrates directly with the rock drill and its control system.

It can be used for drilling process optimisation in varying rock conditions and also helps reduce the drilling tool stress fatigue.

While high drilling power is needed for good performance, too much power becomes counterproductive due to high stress levels and drilling tool wear.

Conventional drilling control technologies have measured this based using indirect performance indicators only such as percussion or feed pressures.

This lets operators optimise drilling power and minimise the inefficient use of percussion energy.

The system consists of a Sandvik shank adapter and rugged contactless sensor inside the rock drill.
Stress wave signals captured by the sensor are analysed within the drill-controlling Sandvik Intelligent Control System Architecture.

The system is available for the Ranger DXi drill rigs and RD920 series of rock drills.

"Drill operators have additionally commented that Rockpulse helps them to optimise bit regrinding intervals and thus boost efficiency and productivity," he said.

Drill bit response helps minimise the strain on the tools by indicating how much of the impact energy is used for breaking rock and how much is reflected back up the tool string.

Tool load shows the tensile stresses acting on the tool string, which helps avoid underfeed in weak rock and excessive wear of drilling tools.
Feed level shows whether drilling is being done within the specified feed range. This is a key parameter for excellent hole quality and long tool life.

Miners can get in touch with their inner guitar hero. 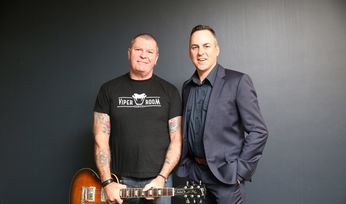 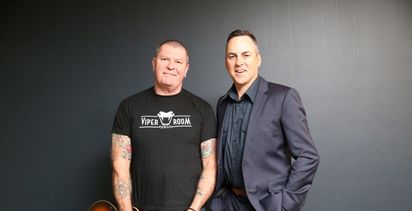 Next life for Chatree