AN AGNOSTIC approach to systems and technologies is building as the best way towards the mining industry’s dream of zero entry mines. 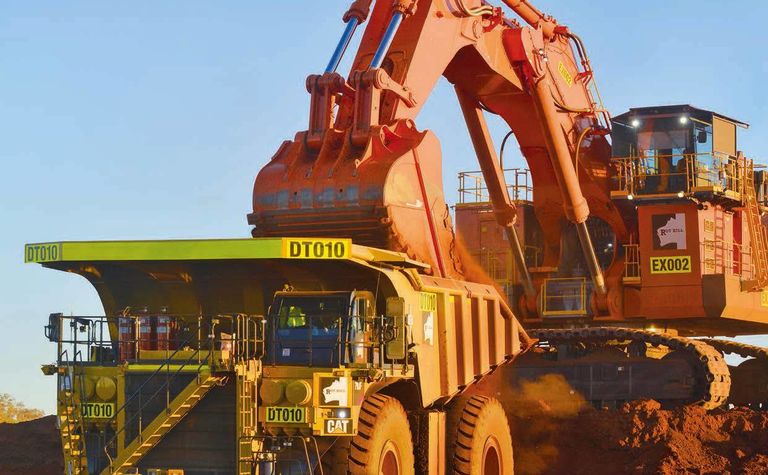 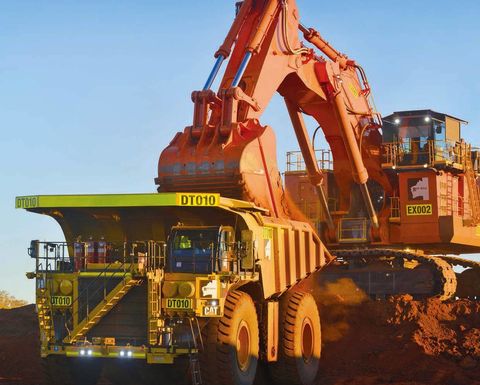 An agnostic automation approach, such as the one Roy Hill is taking, is seen as a way towards zero entry mining.

Aurecon director of autonomous systems and technologies Graeme Mitchell believes this agnostic approach will allow the best technologies to come to the fore and speed the industry towards the goal.

If the automation process is implemented correctly, the workforce will actually increase and become more highly skilled.

It will also make for much more productive and safe operations.

Part of his job will be to let the engineering and advisory firm's clients know that it has a capability in the automation space and with zero entry mining.

Zero entry mining, as its name suggests, involves having no humans entering the mining area.

Instead, all the mining would be carried out by autonomous or, at the very least, remotely operated machines.

He said that AOZ could be as large or as small as the miner needed.

The most obvious benefit of zero entry mining is safety because people are kept out of the dangerous parts of the mine.

However, Mitchell said the benefits also went to productivity and emissions reduction.

"It is an opportunity to use new fuels," he said.

"When you go down the zero entry road you can change the mine design.

"You can have steeper walls, reducing your environmental footprint.

"There are significant cost reductions because you don't have to remove all that waste.

"You can have narrower haul roads. You can get the mine running as a closed loop."

One of the problems autonomous operations face is when humans start interacting with the autonomous machines.

The despatch systems controlling those autonomous haulage trucks optimise their flow. If a human operated vehicle gets in the way, those trucks will automatically stop or slow, which can lead them to bunch up.

There goes the flow.

So what happens if a machine breaks down in the AOZ in a zero entry mining operation?

One suggestion Mitchell has is having an autonomous or remotely controlled machine to push that damaged vehicle out of the AOZ to where human maintenance staff can get to it.

It is an approach similar to what already happens in Perth in its Graham Farmer Freeway tunnel. Should a car break down an incident response vehicle, a large truck fitted with a padded push blade, literally pushes the car out of the tunnel to an emergency area.

Say a dewatering pump in the pit breaks? That cannot be moved out of the way.

Mitchell said the system would respond by creating an exclusion zone around the affected area and recalculating the haulage routing.

He said the maintenance personnel would get into an autonomous light vehicle that would interact with the despatch system to ensure it did not interfere with the other equipment in the pit.

That light vehicle would take the maintenance personnel to where they needed to be, the workers would fix the issue and then the autonomous LV would take them out of the AOZ without interfering with the haulage plan.

Admittedly autonomous LVs are not quite here yet but they are getting closer.

Paul Lucey's Project 412 is working on that very problem at the moment.

The main issues seem to revolve around regulation rather than technology.

At the moment autonomous haulage is widely accepted in the industry, albeit largely as the preserve of large miners.

That leaves the loading tools and the ancillary equipment such as the dozers and wheel loaders used for haul road clean ups.

So far automating loading tools has proved to be difficult. One of the challenges is getting the machine to realise when the bucket is full.

Mitchell said an easy solution to that was to switch the loader to teleremote operation and set the operator up outside the AOZ.

With the ancillary equipment, he said this was where having an agnostic approach to equipment and operating systems would come to the fore.

"There have been some piecemeal developments in support fleets," Mitchell said.

"The equipment has been developed but not integrated with the rest of the autonomous mining fleet."

"The problem with the original equipment manufacturer approach is they get stuck on equipment types and sizes," he said.

"An OEM agnostic approach should have lower cost of entry."

Mitchell pointed to the Roy Hill partnership with Epiroc and ASI as a case in point.
"They are not restricted to equipment class or payload," he said.

"To maximise value you need interoperability."

Mitchell said besides the Epiroc-ASI tie-up other agnostic automation systems providers were TORC Robotics and Autonomous Solutions and Oxbotica.

Getting automation into a mine is not just a technological issue either. It involves a lot of work on the human side of the business too.

Indeed, Mitchell said the zero entry approach had to involve the entire business.

"In order for the organisation to realise and extract the maximum value from zero entry mining it has to be an entire business transformation rather than a technological deployment," he said.

"There's been an ongoing myth that automation means job losses.

"These systems require a lot more support and different skills are required.

"It's more of a skills migration opportunity.

"The people side of it, the communications are so important.

"The business should be on the front foot. You look at your people and you look after them. Identify new roles and give them pathways to those roles before looking to bring in external workers."

Mitchell is on the Global Mining Standards and Guidelines Group.

He heads up the Autonomous Mining Working Group, which has been set up to drive collaboration and integration initiatives.

"To get to zero entry mining interoperability will be a major part of that." 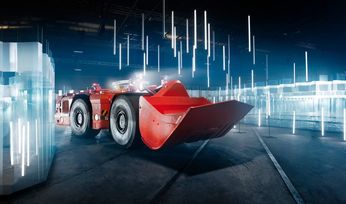 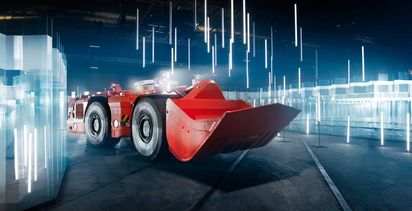