FIRE has destroyed a hired water truck at a New South Wales open cut coal mine, with no injuries recorded. 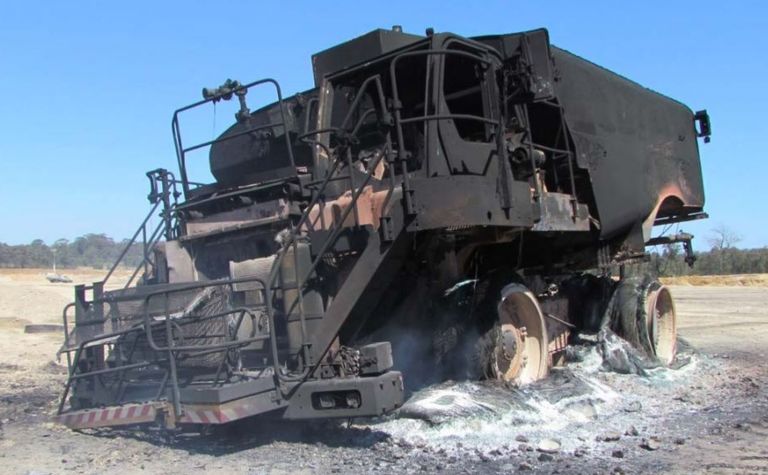 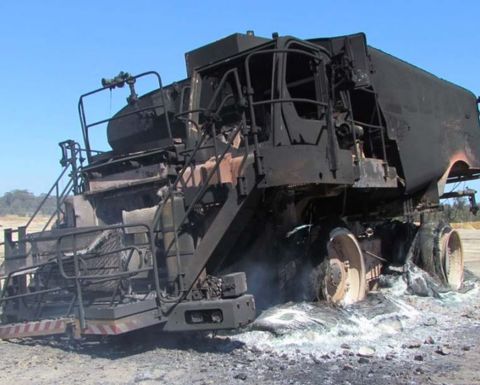 According to an incident report released by the NSW Department of Industry, the Caterpillar 777F was watering a ramp leading to a production area on October 15, when the operator noticed smoke in the rear-view mirror.

The driver began the mine emergency procedure via a two-way radio and continued to drive the vehicle down the ramp aiming to drive the machine to an isolated location.

During this time the power steering system failed.

The operator stopped the truck well clear of the ramp, got off the machine and used an emergency stop to shut down the engine when he reached ground level.

By this time, thick smoke surrounded the machine and the operator saw a significant fire in the engine bay.

An exclusion zone was established around the machine in accordance with site procedures to manage the risks associated with a tyre fire.

The front right-hand tyre exploded as the fire grew, resulting in the wheel rim coming to rest about 100 metres away.

The DOI is conducting an investigation of the incident, looking at the possibility that the fire was caused by damage to 24V wiring on the machine.

Other factors examined will include whether the automatic fire suppression system was activated and whether there were any clues within the vehicle’s maintenance history and breakdown record.

The mine has reportedly engaged an independent forensic engineer with specialised skills in investigating machinery fires.

The DOI has recommended that operators review their engineering control plans for installing extra-low voltage electrical systems, as well as their electrical maintenance inspection procedures and equipment pre-use inspections.

Lacking training, the driver was unable to stop the truck before it rolled over. 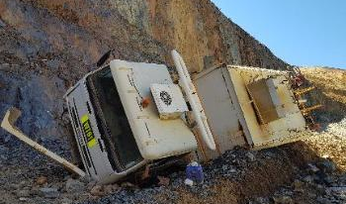 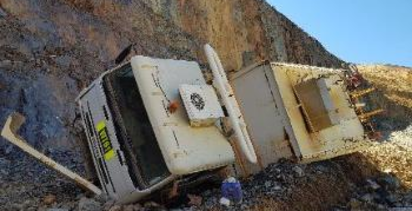 Another truck on fire at NSW mine