THE 10 megawatt, $40 million DeGrussa Solar Power Project at the Sandfire Resources copper-gold mine about 900km northeast of Perth, Western Australia has been successfully commissioned. 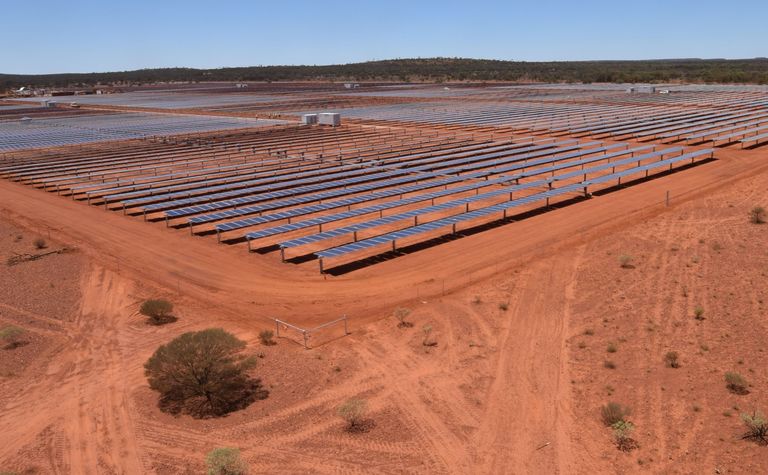 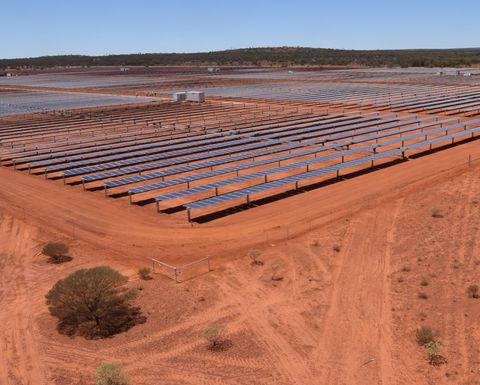 The 34,080 solar panels at the DeGrussa Solar Power Project.

It is understood to be the largest integrated off-grid solar and battery storage facility in the world and certainly holds that title in Australia.

Interest is growing in the use of solar on remote sites due to both the perceived economic and environmental benefits.

Having a plant up and running will only help grow that interest.

Sandfire managing director Karl Simich said the successful commissioning of the plant showed some of the renewable energy possibilities for remote mining operations.

“The project has already attracted a significant amount of interest from within the mining industry in Australia with Sandfire receiving inquiries from several of our peers interested in adopting this technology at their mine sites,” he said.

“I would not be surprised to see more facilities like this built over the next few years as the benefits and potential of solar power become increasingly recognised across the resource sector.

It is estimated the plant will cut the mine’s annual diesel consumption by about 5 million litres.

“The DeGrussa Solar Project is expected to reduce our annual diesel consumption and cut our carbon emissions by more than 12,000 tonnes of carbon dioxide annually – a reduction of more than 15% based on our reported emissions for the 2016 financial year,” Simich said.

The solar array covers 20 hectares at the site and is located immediately adjacent to the DeGrussa underground mine and processing plant.

The project involved installing 34,080 solar photovoltaic panels and associated site electrical work and a 6MW on-site battery storage facility and integrating it with the existing diesel generation on site. 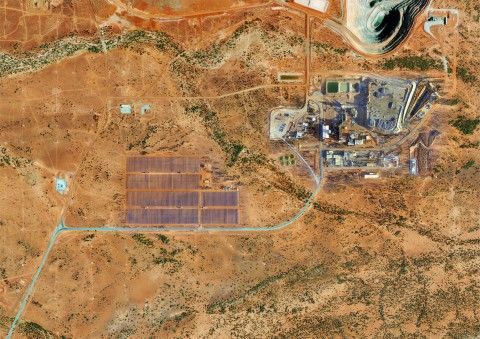 An aerial view of the DeGrussa copper-gold mine showing the solar plant to the left of the mine and processing infrastructure.

The PV panels have a single-axis tracking system and are mounted on 4700 steel posts. This lets them track the sun during the day, improving the plant’s overall performance.

The panels are connected via a network of low voltage, high voltage and communication cables to a 6MW lithium-ion battery storage facility and the existing 19MW diesel-fired power station.

At the moment the facility is generating about 7MW, which is in line with seasonal expectations. Solar generation should ramp up in the summer to the full 10MW functional capacity.

Juwi Renewable Energy was responsible for the project development and was the engineering, procurement and construction contractor for plant. It also has the operation and maintenance contract.

The diesel power station the solar plant is integrated with is run by Pacific Energy subsidiary KPS.

That diesel plant will continue to provide baseload power to the DeGrussa mine and sufficient minimum load to ensure it can respond quickly to meet the power needs of the process plant and mine.

Juwi Australia managing director Andrew Drager said the completion of the solar project was a significant milestone for both the renewable energy and mining industry.

“We have managed to overcome the many commercial and technical barriers in order to make this flagship project a success,” he said.

“We hope these learnings will make it easier for other mining companies to follow a similar path as well as the motivation to do so.”

Project financing for the power plant was provided by the Clean Energy Finance Corporation and it also received $20.9 million recoupable grant funding from the Australian Renewable Energy Agency.

“While this development also benefitted from grant funding, the project shows the clear economic potential for off-grid renewables in regional and remote Australia,” he said.

“With this project now operational, and given the price reductions we are seeing in solar and batteries, the economics of remote solar and storage are becoming attractive even when oil prices are low.

“Soon remote communities and mines will be able to reduce the need for expensive trucked-in diesel used in dirty generators.”

In 2013 AECOM estimated using diesel for electricity generation cost between $240-$300 per megawatt hours, in diesel costs alone, for larger mines. By contrast it found the levelised cost of electricity of solar PV on a typical remote mine site was about $226/MWh.

Of course the economics have changed on both the diesel and solar PV fronts.

The plant is already exceeding performance targets for power output and energy efficiency. 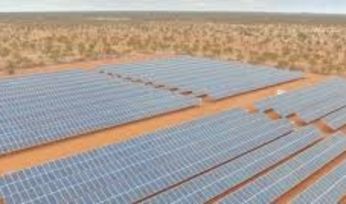 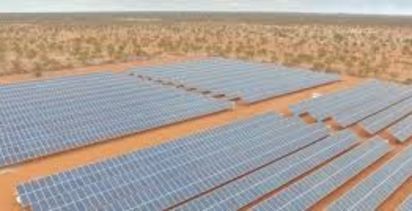 Climate change in the frame