Into a new league

AT 2.30am on Saturday morning Miles Fuller signed the deal that would turn his company into a global conveyor components player. 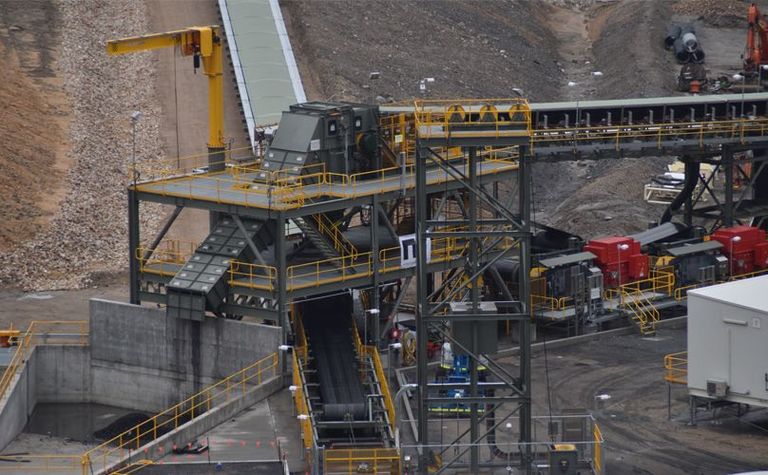 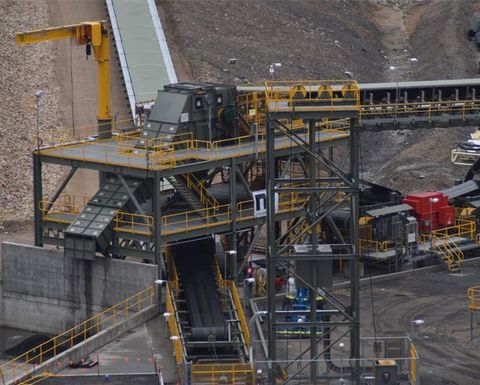 This is a massive step up for a family owned business, albeit one that has had up to 1400 employees, operations on Australia’s east and west coasts and already has international operations, operating in South Africa, Canada and the US.

Sandvik had been trying to sell its Mining Systems business for the past two years and came close to offloading it to CoBe Capital only for that deal to fall apart in January. Last week it signed deals to sell the projects business to FLSmidth and the conveyor side to Nepean.

That conveyor side had Sandvik’s Conveyor Components and Specialist Conveyor Systems businesses and operations in 66 countries. Besides those businesses’ products and intellectual property, Nepean will also gain 340 staff.

Nepean had looked at the Mining Systems business when Sandvik first put it on the block but decided the entire business was too far outside its core conveyor focus for its liking.

Then, three months ago the FLSmidth alternative appeared and Sandvik started looking for a buyer for the conveyor side of the business.

Then followed a whirlwind of visits to every facility in the Sandvik Mining Systems conveyor business so Fuller and his team could get an understanding of the business.

Fuller would not say how much Nepean had paid for the business.

Australia’s Mining Monthly understands Sandvik had heavily depreciated the Mining Systems business on its balance sheet, which would have helped reduce the price.

AMM also understands the purchase has been structured in a way that let Nepean pay cash for the conveyor business and get financing to purchase the properties those businesses were on.

That would make it a much simpler deal for a bank – it becomes a straight property deal rather than a business financing – and would also mean Nepean would not have the bank riding it over the performance of the business or any investments it is making.

On the financial front Fuller said five years ago Nepean had $120 million of net debt. He said last week it had no net debt and had been able to reduce that to zero – at least until the Sandvik deal.

It has handled such additions before. In 2007 Nepean bought Graham Group for $60 million and that deal brought it another 350 employees – more than it is gaining from Sandvik.

That said, Fuller admitted taking on the Sandvik conveyor components business was a big step.

For one thing it will require understanding how the Sandvik business worked.

“We deal mostly with the end users,” Fuller said. “They have a different model in Europe and we need to learn that side of the business.”

That aside, on the face of it seems there is a massive challenge in managing businesses spread so far across the globe.

Fuller is confident Nepean can not only manage the diverse businesses but also improve on them.

“We’ve been on a journey of building capability,” he said.

“Our numbers peaked at 1400 during the mining boom.

“We’ve had a lot of years to make our business extremely efficient. We’ve been on a journey of continuous improvement building management capability and management systems for the past five years.”

One of the changes Fuller wants to make is beef up the management capabilities and systems in those overseas operations so they can take back some management autonomy.

Under Sandvik those businesses were run through a centralised system.

Fuller’s aim is to give them some autonomy so they can make decisions to better meet their customers’ needs.

“Our business model is we let the business be run by local experts,” he said.

“In terms of speed, system operations and alignment to our culture it makes life really hard and quite bureaucratic if we have the back office services shared.

“Those business will be getting a large discount from the corporate costs they were being charged by Sandvik.”

One of the jewels in the crown of the acquisition is the Specialist Conveyor Systems business.

That business has been responsible for some world-renowned conveyor installations, including a 9000 tonne per hour ramp conveyor at a Finnish iron ore mine.

It is the thought of getting hold of that expertise and intellectual property that has Fuller and Nepean general manager conveyor components Paul Byrne excited.

Not that Nepean has been a slouch in the conveyor development area.

One of its jobs is a $50 million materials handling system for Yancoal’s Moolarben coal mine in New South Wales’ western coalfields.

FMG is looking at a number of suppliers for that system and will not reveal who they are.

“Our origins were in underground conveyor systems,” Fuller said.

“Relocatable conveyors are the backbone of those sort of systems.

“We’ve put a huge team on looking at how that can be applied in the surface mines in the west.”

It is the area of conveyor idlers and pulleys that is probably most tightly ingrained in Nepean’s DNA.

The business was started by Fuller’s father David and manufactures its own conveyor pulleys, idlers and frames.

It is also exporting those conveyor parts into Asia.

About the only part of the conveyor Nepean does not get involved in is the belt.

The bulk of its manufacturing is conducted in Australia, although Fuller said if a job required 2000t to 3000t of steel to be fabricated and the timeline allowed, it had partners in Asia that could do the work.