A FULLY electric locomotive consist hauling iron ore or coal through the Australian outback is closer with locomotive maker Wabtec managing a successful trial in California, US. 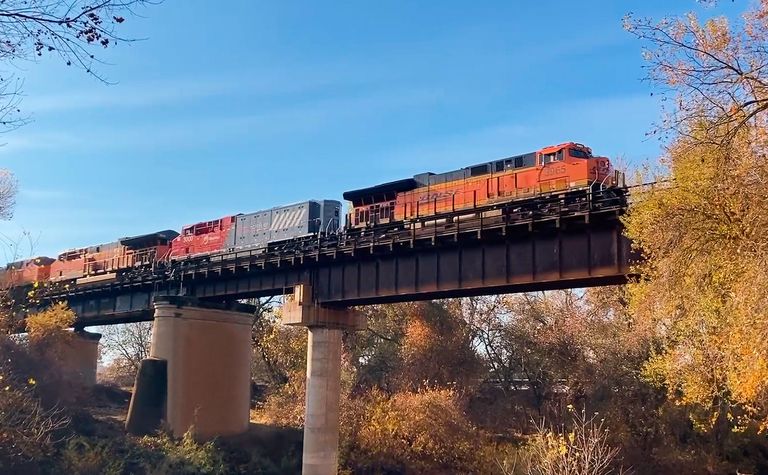 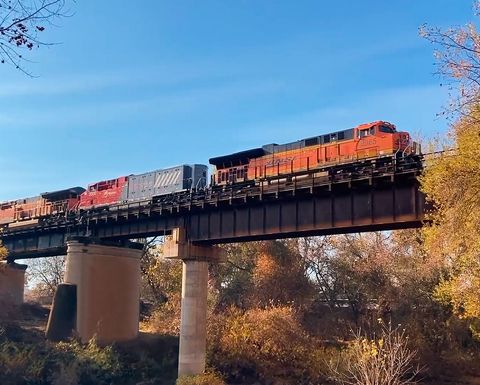 The FLXdrive battery-electric locomotive (second locomotive from the right) operating with two diesel locomotives in the US.

A commercial version of a battery electric locomotive for miners could be ready for testing within the next couple of years.

Wabtec has built a battery electric locomotive and put it to the test on a revenue service haul with US rail hauler BNSF in the environmentally sensitive San Joaquin Valley in northern California.

Its FLXdrive battery-electric locomotive was put in a consist with two diesel locomotives on the trial.

What is interesting for Australian miners, particularly in the iron ore industry, is that the trial was run in hilly to mountainous terrain over a 560km haul drawing a 2.4km-long train.

Rio Tinto has the longest hauls in Western Australia's iron ore industry of about 500km over hilly to mountainous terrain pulling trains about 2.4km.

The Wabtec name is already known to Australian miners. It has built locomotives for Roy Hill and Rio Tinto.

The FLXdrive battery-electric locomotive used in the trial had 18,000 lithium-ion batteries with 2.4 megawatt hours of battery storage.

Wabtec senior vice-president Australia and New Zealand Wendy McMillan told Australia's Mining Monthly that was the equivalent of about 100 of the most power Tesla cars on the market.

She said there had been significant interest in the product.

Wabtec is working on a more than 6MWh version of the FLXdrive.

According to Wabtec its FLXdrive working in the consist with the two diesel locomotives on the San Joaquin Valley trial saved more than 217,000 litres of diesel and about 63t of carbon dioxide emissions.

On the trial the battery locomotive charged at the Stockton rail yard and also used regenerative braking during the haul to top off its batteries.

McMillan said it would be up to customers to decide whether the battery electric locomotive could work for them.

"It is dependent on the customer and their cycle, their operating platform and how they want to emmesh this into their fleet profiles," she said.

"It's about performance, reliability and consistency."

While the FLXdrive locomotive was working with two diesel locomotives, it could be several years before the technology progresses to a level where there is a fully battery electric consist hauling ore.

Hydrogen is another fuel source that could be applied to locomotives.

"But the battery is one of the main first steps." 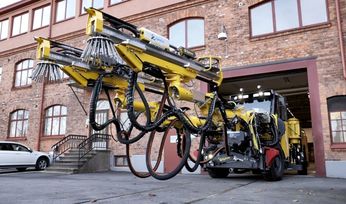 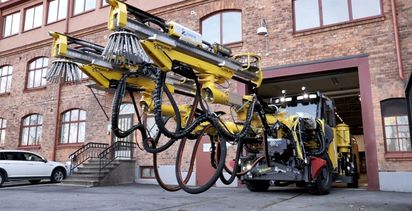