AFTER being hammered by the US Mine Safety and Health Administration’s June impact report, United Coal’s Affinity operation has received another MSHA serve – this time over a February fatality. 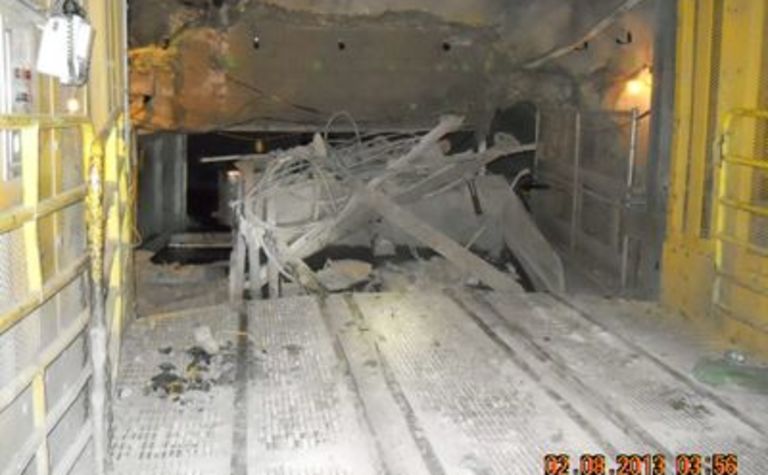 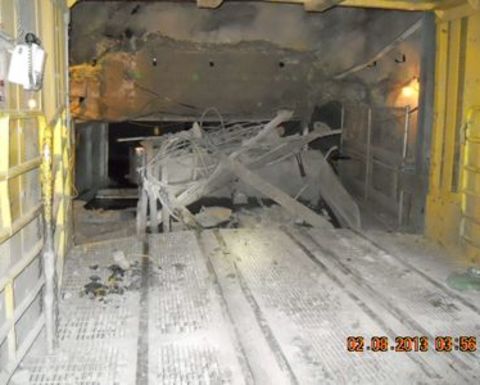 The scene of a February 7 fatality.

MSHA issued multiple safeguards as a result of its investigation of the fatal incident, which it said was due, in part, to safety equipment that had been tampered with and altered.

In its final investigative report released Wednesday, investigators said scoop operator Edward Finney, 43, was fatally injured when he was caught and pinned beneath a battery powered scoop at the bottom of a shaft at the Sophia, Raleigh County, West Virginia mine.

The area of the shaft, MSHA said, was located where a 30-ton service hoist was used to transport miners and supplies in and out of the operation.

“The accident occurred as the victim, who was operating the scoop, and two other miners were attempting to unload trash from the scoop bucket onto the hoist deck,” the agency found in its probe of the incident.

Finney had approximately 13 years of total mining experience, but had worked only since last July for Affinity.

A review of the victim’s training records revealed no issues.

“However, four non-contributory 104(a) citations were issued due to improperly documenting the required information on the MSHA Forms 5000-23, which consisted of missing dates for the training given, signatures, and other miscellaneous information,” investigators said.

The Fairchild 35C-WH scoop was also examined following the accident, and no mechanical or electrical deficiencies were found. Additionally, no violations identified as contributory to the accident were discovered.

What was found to be at the center of the fatality, MSHA said, was related to worker safety.

“The accident occurred because the mine level West side landing gate safety switches of the service hoist were tampered with and the hoist was being operated in an unsafe condition,” the agency said.

“While the gate safety switches were inoperative, miners and equipment were allowed to work on the hoist which exposed them to the hazardous condition.

“The hoist initiated movement with little to no warning while the safety gate was in the open position.”

Specifically, investigators noted, the magnetic actuator had been removed from its proper location on the gate and was taped to the gate sensor switch, which defeated – by-passed – the intended purpose of the safety features and allowed the hoist to operate with the landing gate open.

“Common hex head type screws were used to mount the gate switch, which can be easily removed by anyone using common tools, such as pliers or wrenches, to manipulate or by-pass the functions of the switch.”

Video cameras and monitors were also installed at mine level and on the surface to monitor and record hoist activity. All workers were retrained as well on hoist safety operating procedures.

Affinity employed 214 people at the time of the accident, 198 of which worked underground.

The mine produces an average of 6750 raw tons per day from the Pocahontas 3 seam and liberates 156,764 cubic feet of methane every 24 hours.

Prior to the accident, MSHA completed the last regular safety and health inspection on December 29, 2012.

AFTER being hammered by the US Mine Safety and Health Administration's June impact report, United Coal's... 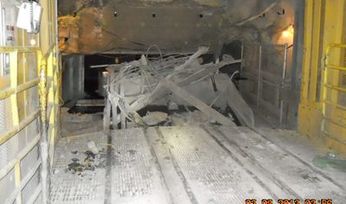 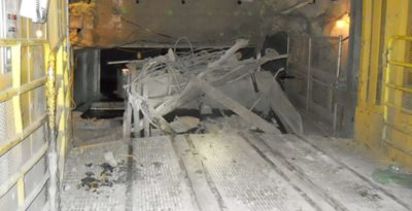