A lightweight new air-driven ventilation fan has set the mark for its competitors.

The Sydney-based company says its Typhoon series ventilation fan produces air-flow levels required in underground coal mine systems over at least twice the vent-tube lengths of other fans.

“Indeed, where other fans struggle to deliver from the end of a 25-50m length of ducting the minimum ventilating airflow in each place where a diesel engine operates [as required by Coal Mines Underground Regulation 1999], the Typhoon does so through 50-100m of ducting,” the company said.

Whyte-Hall general manager Matthew McRae said the fan’s performance had been verified by independent testing authorities and confirmed by trials at Moonee Colliery, near Newcastle in New South Wales, where the Typhoon fan is being used to ventilate gas and dust from a longwall face.

“The Typhoon fan was tested and developed in conjunction with a number of NSW coal mines and ventilation specialists,” McRae said. “We believed that by involving the end users and the ancillary equipment suppliers we could develop a product that would satisfy everyone.”

Weighing 30kg, the 618mm-diameter Typhoon fan was a third lighter than other similar products. Its high output, achieved at 580 kilopascals in tests, would be further boosted by the 680kP air supply normally provided in mines.

“It is powerful enough to pressurise Layflat vent duct — which other fans of its type are hard pressed even to inflate — stiff enough to hold itself clear of the ground,” McRae said.

He said being air-driven, the Typhoon fan offered a significant benefit over electrically-driven fans in that it continued to ventilate during critical periods between any failure and restoration of electrical power, preventing any build-up of gases. It also eliminated the need for a senior mining official to visit the site to test for gas before power was switched back on.

According to Whyte-Hall, the Typhoon’s ability to develop greater pressure at higher volumes than similar fans ensures it can easily deal with the high flow resistance along ducted systems and deliver strong airflow where it is needed — at the end of the ducting.

McRae said specifiers should not be misled by the practice of quoting higher fan output figures measured at the fan’s grille (its free air capacity) before the air had to run the gauntlet of the high drag losses in hundreds of metres of ducting.

He said the NSW Mines Department no longer stamped ventilation fans with its approval, instead putting the onus on users to ensure the fans they installed provided the duct-end output that would guarantee ventilating currents needed to meet demands of their operations.

Whyte-Hall says its fan is designed with the blade and motor assemblies in a fine-filament-spiral-wound, fire-rated antistatic cowling which is 500mm long. The fan itself consists of nine blades joined to a Mines Department-approved zinc alloy hub which is fastened to the motor shaft with a 1610 taper lock coupling, dynamically balancing rotating loads.

The blades are made of Stakton, an antistatic, UV-stabilised, glass-reinforced material approved by the Mines Department. The motor is Whyte-Hall’s high-output TurboVane.

Typhoon fans can be coupled to Mineglass, Layflat and most other ducting used underground.

Whyte-Hall manufactures and supplies a range of ventilation, water and grout pumping, safety and rotary drilling products and equipment, to the mining industry. Many of its products are also being used in the construction, emergency services and petrochemical industries.

McRae said the 54-year-old company had undergone a transformation in the past 12 months following a change of ownership. It had discarded a number of products, including its conveyor idlers and services, taking Whyte-Hall “back to its roots”

“We have rationalised Whyte-Hall’s broad range of products carried in the past, and revamped a number of its older products, and will now focus on the remaining key products and newer services,” he said.

“We want our products and services to be the best in the market.” 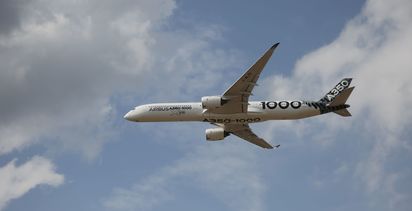