ERNEST Moniz has been nominated as the next energy secretary of the US and Gina McCarthy nominated for the role of Environmental Protection Agency administrator.

Moniz is a nuclear physicist at the Massachusetts Institute of Technology and has been a member of the President’s Council of Advisers on Science and Technology.

McCarthy, meanwhile, served as the head of the EPA’s clean air division.

Moniz’s appointment, when taken in consideration alongside the appointment of former petroleum geologist turned clothier Sally Jewel as secretary of the interior, shows a desire by US President Barack Obama to choose more business-palatable department chiefs.

EnergyNews understands there had been a push by some environmental groups to block Moniz’s nomination because he is known to be backing fraccing.

Both the National Resources Defense Council and the Sierra Club have welcomed the appointments.

Interestingly, the United Mine Workers of America – which has been a vocal critic of previous EPA administrator Lisa Jackson’s stance on coal mining – seemed to welcome McCarthy’s appointment.

“Professor Moniz has the hands-on experience needed to help further the climate and energy goals our country needs,” she said.

“His background, coupled with his long history of constructive engagement with, and at, the Energy Department, will serve the American people well.

“We look forward to working with him to advance a clean energy future based on efficiency and renewable power.”

Sierra Club executive director Michael Brune also congratulated Moniz on his nomination but warned that he could draw the lobby group’s ire if he strayed from the green path.

“We would stress to Mr Moniz that an ‘all of the above’ energy policy only means ‘more of the same’ and we urge him to leave dangerous nuclear energy and toxic fraccing behind him while focusing on safe, clean energy sources like wind and solar.”

Beinecke said McCarthy could count on the NRDC’s support.

“Gina McCarthy knows what it means to protect our air, water, land and health and stand up to the growing threats we’re seeing from climate change,” she said.

“She’s a good listener, a straight shooter and someone who has what it takes to build consensus and find solutions.”

Brune welcomed McCarthy, pointing to her “strong record of protecting the health and safety of millions of Americans” by limiting dangerous pollution and supporting programs that got American kids outdoors.

“As head of the EPA’s clean air division assistant administrator McCarthy forged bipartisan coalitions to finalize strong clean air safeguards and historic fuel efficiency standards, and as commissioner of the Connecticut Department of Environmental Protection she led the state’s ‘No Child Left Inside’ campaign,” he said.

“I commend Gina McCarthy for being willing to take the job on,” he said.

“The UMWA is prepared to sit down with Ms McCarthy and discuss the very serious issues active and retired coal miners, their families and their communities confront in an increasingly challenging regulatory environment.” 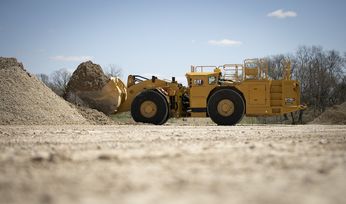 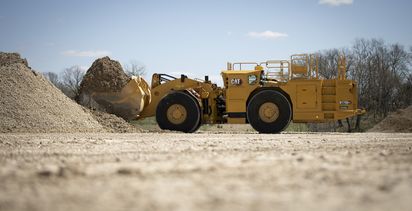