BRITAIN’S last two deep mines will remain open after UK Coal succumbed to a major overhaul of its business. 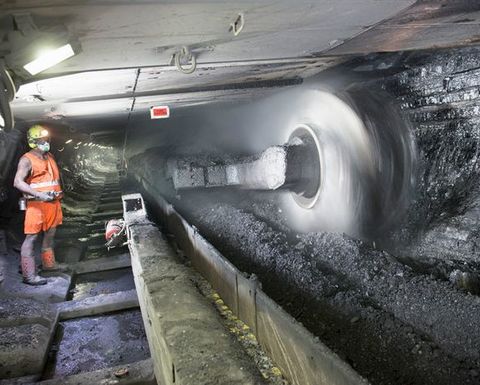 The PPF is a safety net for troubled businesses, funded by a levy on businesses with final-salary pension schemes.

It said it had £20 billion of assets and was easily able to absorb the UK Coal scheme in the biggest rescue it has performed to date.

The deal managed to save 2000 jobs but will see 350 employees of the company’s Daw Mill colliery made redundant and some staff will be hit with a reduction in their pensions.

“Entering administration and the subsequent restructuring was the only way we could preserve any of the business and while I’m delighted we’ve saved 2000 jobs we’ve also had to make some very difficult decisions,” he said.

“I’d like to thank everyone that has helped us reach this position …. it means that this country can still produce coal on a reasonable scale.

“It may be a small industry but when 40% of our energy still comes from coal it makes absolute sense to use as much British coal as possible to help keep energy bills from being even higher.”

A fire at the company’s Daw Mill colliery in March forced the closure of the mine and threatened the ongoing viability of the already struggling company.

While 120 employees from the mine have been moved to other mines within the company, 350 have been made redundant.

Energy Minister Michael Fallon said the company, Whitehall and local governments had worked tirelessly to achieve what it believed to be the best possible outcome.

“The restructuring announced by PwC today should secure more than 2000 jobs and put the company on a stable footing for the future,” Fallon commented.

“Our priority now must be to continue to support former Daw Mill workers into employment as soon as possible.

“The government will ensure workers receive their full statutory redundancy payments through the Redundancy Payments Service. In addition, the Job Centre Plus-led Rapid Response Service will provide help to the community.”

“It became clear to everyone involved very quickly that whatever the future held for UK Coal, its pension scheme would come into the PPF because of the size of its deficit.

The PPF will take on the pension scheme’s assets and liabilities and provide compensation for its 7000 members now and in the future.

About 1000 members in final salary schemes will lose 10% of the value of their pensions.

In return for taking on the pension scheme deficit, the PPF will receive regular payments from the new company which are expected, over time, to be materially higher than any sum it would have received had the company become insolvent.

“This is good news both for our members and our levy payers,” Clarke said.

The restructuring will result in the disclaiming of the Daw Mill mine, which will see its remaining coal deposits transferred to the government Coal Authority and fully closed in due course.

BRITAIN'S last two deep mines will remain open after UK Coal succumbed to a major overhaul of its business.... 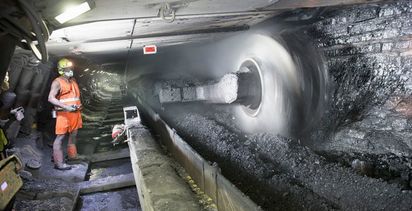