LONGWALL development and bord and pillar mining is relatively complex with in excess of 20 primary and numerous secondary variables, which directly influence the production process and output.

In process control terms longwall development and bord and pillar mining is relatively complex with in excess of 20 primary and numerous secondary variables, which directly influence the production process and output.

The development rate of advance and production is the product of section utilization and operational efficiency.

To achieve sustained productivity improvement relies on making informed decisions based on accurate knowledge of the operation and process.

Continuous mining machines (continuous miners and miner bolter's) are by nature difficult to monitor and observe manually due to the multiple simultaneous activities they perform and the operating environment.

An operational management system utilising electronic performance monitoring technology which has been developed and operated overseas for the last 10 years has now been introduced into Australia.

The system has been used successfully in numerous bord and pillar and longwall development sections in South Africa on a variety of machines including continuous miners, miner bolter’s and roadheaders. Most recently the system was implemented at a South African colliery owned by a major mining company where production improvement significantly greater than 10% was obtained. Testimony to this is the production achievement in excess of 100,000 tonnes per month by one bord and pillar section for three consecutive months in January, February and March 2001.

The system utilizes an electronic performance monitoring and analysis system which undertakes a perpetual time and activity study of the continuous mining machine every shift. The data generated is accurate, objective and impartial.

Through an intelligent analysis and expert system the data is converted into concise, user-friendly outputs. This then becomes the instrument panel by which the operational management system is driven. The emphasis is on empowering the section teams and management to focus attention on the most critical production improvement issues. A process of internal benchmarking is used to determine best practise.

The Operational Management System assists with both continual improvement and continual management.

Underground coal production necessitates undertaking repetitive operations such as: cutting cycles, loading cycles, support cycles and relocation cycles. Some of these activities are repeated numerous times during a shift eg 100 to 150 times. Generaly unless external factors such as mining conditions change the optimal cycle should be constant. However this is often not achieved.

The operational management system therefore assists the mine team to determine what is the optimal cycle and then to repeat this as frequently as possible.

Section utilisation is enhanced by objective analysis of how the available time is used. Multiple short duration outages is often not recorded by manual systems but invariably constitutes a significant cause of low utilisation.

Effective management of production continuity is achieved by variation management and change of state recognition systems which assist the mine team to control consistency.

Production reports for any designated shift, production period, section and/or machine can be generated automatically without manual manipulation of data.

Following installation of the electronic monitoring system typically the operational management system is introduced through an interactive review of the current operations. This process establishes a series of objective goals and methodologies with which productivity improvements can be achieved.

The electronic monitoring system comprises a series of robust intrinsically safe (IS) modules which are fitted to the continuous mining machine, or alternatively interfaced with an existing mine wide SCADA system.

The operational management system is a reliable, user-friendly system, which through a process of evaluating and managing section utilisation and efficiency can help mines, achieve continued productivity improvement on a sustainable basis.

Significant increases in longwall development and bord and pillar development rates can be attained by unleashing the potential of current systems. The resultant reduction in operating costs per tonne and increased profitability are achievable.

* Chris Wilkinson is managing director of John T Boyd Company (Australia). This article will be the subject of a detailed technical presentation to the 3rd International Underground Coal Conference in June.

Next week, ILN looks at the Opti Cycle cutting method, used at the Matla mine and developed by Wilkinson’s company in South Africa, MCS. 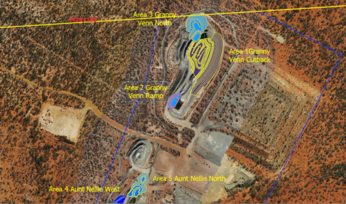 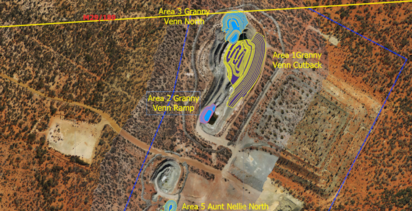