The former was marked at the end of February, the latter March 20, and both occurred at Foundation Coal's Cumberland mine, Target's John Wood told International Longwall News this week.

The newest holes, which took about 15 days each to complete, were drilled as part of an ongoing degasification project at Cumberland.

“Everything went really well, and it is not often that holes can go deeper than 5000 feet," Wood said, recalling Target's past achievements with long boreholes.

The company has completed 140 that exceed 4000ft and a handful that exceeded 5000ft.

“Some of those 4000-foot holes were not designed to go any deeper, but the correlation is relevant. Target Drilling uses a two-man drill crew per shift working three shifts per day, and the mine supplies an escort to make sure all safety concerns are met," Wood said.

Wood told ILN the company aimed to break the record, but the conditions were not ideal prior to this latest project.

“Naturally, geology has a lot to do with the depth a hole can reach, but Target’s drillers are second to none in both their coal directional drilling experience and professionalism,” he said.

“Also, I cannot overstate the importance of logistical assistance and encouragement from the customer."

Both holes were drilled to be parallel, he noted, but offset 100ft from the longwall's gate road development in order to degasify the development. The placement accuracy of boreholes in this case is vital, as boreholes cannot enter active section development paths. 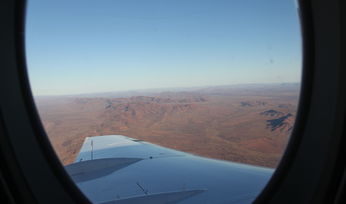