AUSTRALIAN Bureau of Statistics data has revealed 34% of jobs in the renewable energy sector vanished in the last four years in Queensland.

In Employment in Renewable Energy Activities Australia, the ABS’ new publication reporting on full time equivalent (FTE) employment in the renewables sector, the bureau reported a drop of 2300 positions from a peak of 14,890 recorded for 2011-12.

Queensland’s new Labor government piled all responsibility on the defeated Newman government, but the ABS said uncertainty over the Renewable Energy Target appeared to be the more likely culprit.

The ABS said the Renewable Energy Target policies had an important influence on the uptake of renewables and, subsequently, on employment in renewable energy activities.

"Uncertainty over the future of the RET, or over the size of the renewable power percentage, is likely to have a flow on effect on future investment in renewable energy infrastructure," the report said.

"Since 2011-12 all mainland Australian states have experienced a decline in annual direct [full time equivalent] employment in renewable energy activities.

Recent analysis by the Clean Energy Council revealed that investment in large-scale renewable energy projects such as wind and solar farms dropped by 88%, which had flow-on effects for employment.

Queensland Minister for Energy and Water Supply Mark Bailey said the ABS’ figures were “independent verification that under the LNP, 1300 jobs vanished from the renewable energy sector”.

“The LNP blindly cut things like the Renewable Energy Target despite identifying it as something Queenslanders wanted to be ‘world leaders in’ in their own Queensland Plan,” Bailey said.

“No wonder jobs were vanishing under the LNP when they were removing any incentive for businesses to look at industries of the future like renewables.”

He cited a recent report by Bloomberg New Energy Finance which revealed investment in large-scale clean energy products had plummeted.

“In 2013, we were ranked 11th. Now we’re ranked 39th and the LNP did nothing to encourage new investment and new infrastructure which has clearly had an impact on jobs,” he said.

He said the Palaszczuk government would try to regenerate the industry by conducting a review through the independent Queensland Productivity Commission into a fair price for solar, and commit to a trial 40 megawatt renewable energy auction.

Bailey said Labor would also commit to a review to investigate whether the provision of electricity in remote areas could be opened up to competition from local governments, which would provide communities with a direct say on localised solutions, including the facilitation of off-the-grid technologies.

This process could generate around 9400 full-time jobs in construction and installation. 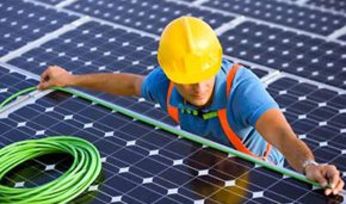 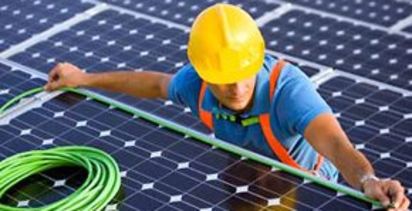