In the next 12 to 18 months, BHP Coal Illawarra will determine the development route to access additional substantial coal reserves on its Elouera/Cordeaux leases in New South Wales.

Elouera's current reserves are scheduled to be depleted in 2003 and by that time mine plans are expected to be finalised. Some of the 255 million tonnes of global resources lie under the Wongawilli Dam which means existing mine entries will have to be utilised.

Several options are available including accessing the Cordeaux resource from Elouera or from the historic Wongawilli mine infrastructure. A BHP spokesperson said the decision would depend on what was deemed the most cost-effective route. BHP plans to use as much of the existing infrastructure at the complex as possible.

Various transport options would be examined to assess the best way to haul the coal and the spokesperson said inhouse studies to evaluate the best location for coal loading were underway.

Neighbouring BHP mines, Appin and West Cliff, have meanwhile undergone a face expansion from 200m to 250m. Additional supports were bought second-hand from Joy Mining Machinery and are compatible with the current Joy 4-leg chock shield.

The spokesperson said the major challenge was effecting proper ventilation management in an environment of gassy seams. Appin underwent a $4 million ventilation engineering upgrade on three fans, while a 7km pipeline was installed at West Cliff to carry gas from the mine to the Appin EDL power station.

He added that both Appin and BHP's Tower mine had been supplying two power stations since 1996. "Rather than vent the gases in the environment, this provides a viable alternative to reduce the impact on the greenhouse effect. The two stations are consuming the equivalent of 2 tonnes of CO2 annually."

BHP's Jimblebar expansion gets the all-clear from WA's EPA. 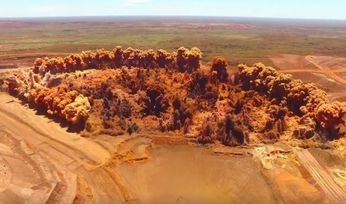 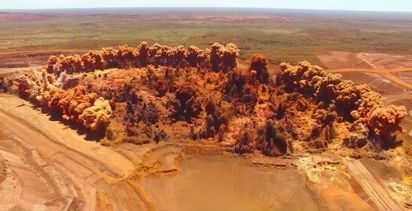