IT LOOKS like Australian miners may be major players in a new technology - but only as far as the quarrying is concerned. The Outcrop by Robin Bromby.

If the Chinese ran Australia, I wonder if they would leave on the backburner the ambitious scheme to build a railway across the top of Australia to link the Pilbara with Queensland coal supplies.

The idea is to have steel-making at either end. Value adding. Reversing the destruction of Australia’s manufacturing base. Hence, no interest other than from the proponents.

The key ingredient of the idea of having two smelter parks is that trains would be full both ways – iron ore going east, coal going west – rather than the present system of bulk trains running empty from ports. Who knows if it’s feasible? But the Chinese would, unlike us, have a close look to see whether it was.

It seems Australia is doomed to remain the quarry for China and others. When miners do get involved in downstream processing – such as with rare earths or lithium – it is done elsewhere, including Malaysia, China and Japan.

I was reminded of this steel proposal when reading this week about the latest developments concerning graphene, derived from graphite. It is seen as the new wonder material.

Graphene, to hear many tell it, is the future. It was discovered in 2004, is extracted from graphite. It is 100 times stronger than steel, is so thin – just one atom wide – it’s transparent, and is flexible and electrically conductive. It conducts electricity better than copper and one day may replace silicon in chips.

Graphene is a sheet of carbon atoms bound together with double electron bonds. Its potential uses include: steel rebar to make it lighter and rust-proof; in armour plating for military uses by being added to plastics and fibreglass; it could allow lighter pallets for international freight; it could also be used in aircraft, including turbine blades; housing that could withstand earthquakes and so on.

The report of this development made the point that China was moving as quickly as possible to commercialise graphene, to get it out of the laboratory and into manufacturing plants as Beijing pursues its plan to build its technology sector.

Graphene, as noted, comes from graphite. Australia looks like being a significant world producer; we have one mothballed mine on the Eyre Peninsula (closed in the 1990s when the Chinese flooded the market with cheap graphite) and several promising projects in that area. There are other efforts in various parts of Australia and our juniors are hard at it in Sweden, Madagascar, Mozambique and elsewhere.

Selling it should be a profitable business, but not nearly so much as processing it.

This whole question of downstream should be at the top of the national agenda. Otherwise, how are we going to reverse the destruction of jobs being reported each week.

We’re not the only mugs, however.

The BBC reported this week that of the 7000-plus graphene patents that have been taken out, only 54 have been issued in Britain.

Yet it was at Manchester University that scientists Andre Geim and Konstantin Novoselov first demonstrated the remarkable properties of graphene and went on to win the 2010 Nobel Prize in Physics.

No mention of Australian universities. Too busy with those degree courses on tourism management and awarding bachelor of community welfare degrees.

Of course, I am not suggesting that Australia has any hope of getting into the graphene business.

But, when it comes to uses of minerals, we don’t seem to have a hope of getting into any downstream business.

The main political parties worry about media inquiries, repressive curbs on free speech, illusory climate change, finding new ways to spend welfare money and putting their hands into middle-class pockets to finance all the above.

But a serious inquiry into whether the steel hubs could work? Not a chance!

It’s enough to make you weep.

The company identified 10 different steps in doing a belt splice that involved a knife. 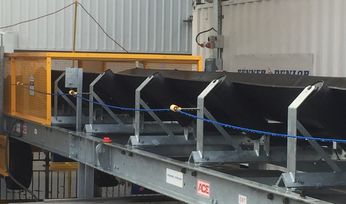 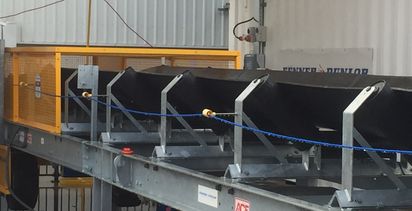