MITCH Luka is the mine services superintendent at the Angus Place colliery near Lithgow, New South Wales. 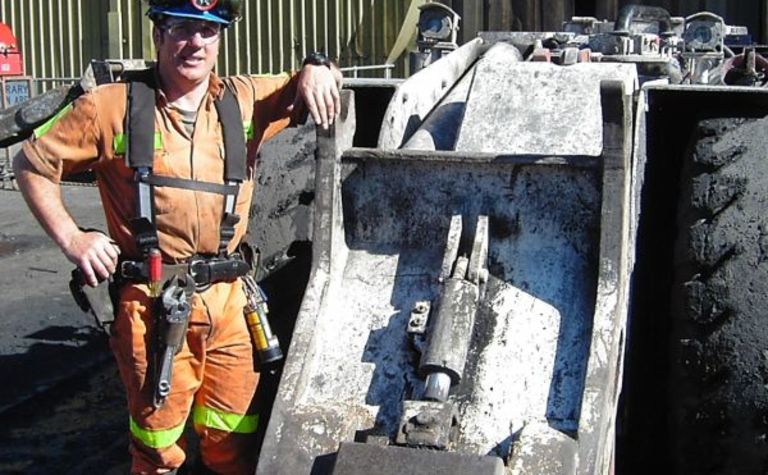 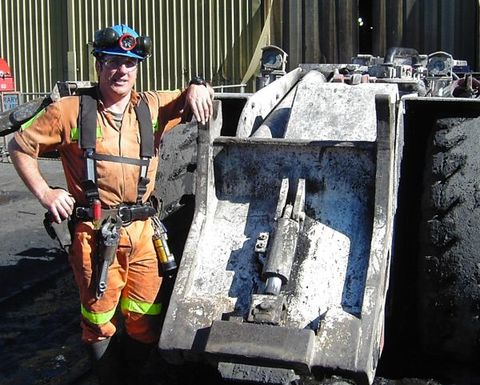 He started at Fernbrook colliery, Lithgow, as a colliery fitter who assisted the mechanical fitter with servicing machinery. Luka then spent 18 years as a shift mechanical leading hand, planning and controlling maintenance tasks for all of the mine’s processes. He moved to management in 2004. Luka has been in the industry for 28 years and his favourite hobbies outside of work are golf, training, family time and coaching the local swimming club.

What is your earliest mining memory?

I will never forget my first day in the mining industry.

It was February 1985 and I was 23 years old. I started work as a fitter-welder at Fernbrook colliery, Lithgow, with Coalex. No inductions, safety training or the like before I started.

I turned up and met the mechanical engineer and a day shift fitter. (He showed me how to put on my lamp.)

With the words that the engineer said to me – “Don’t let the fitter out of your sight” – still going through my mind, I was off underground to repair a broken-down shuttle car.

I soon realised that the specialised tools that I brought to site weren’t quite what I needed. They were taken back home at the end of the day and replaced with a number of different sized shifters, chisels and hammers.

As the shift went on, I was introduced to the section deputy who was a barrel-chested Scotsman, who had a very broad accent that even other Scotsmen had trouble understanding.

I remember quite clearly him trying to explain to me why you should always step on shuttle car cables by pointing to the cable and then to his crotch. I got the point he was making.

The rest of the time I would just nod my head in agreement, then ask someone else what he said. The louder he talked the harder he was to understand. I quickly learnt how to adapt to his requests without him raising his voice.

Shower time on my first day was met with “WTF do you think you’re doing under my shower!” I quickly waited the next day for a vacant shower.

What made you choose mining as a career?

In 1985 I was earning $300 a week as a motor mechanic, while my mates were working in the coal industry and they were getting $1000 bonus and driving brand new cars.

All conversations with my friends were about the industry, its characters and funny stories and the different shifts and politics of the worksite. I made a decision then that I needed to make a move to try and get into the mining industry.

When was your first underground visit?

My first underground visit was the first day on the job. All I remember from that day was the darkness. Everyone I saw on my shift had a word of advice – and I mean everyone. I also remember other men saying hello to me while underground and not recognising anyone due to their dirty faces.

What was your favourite job in a coal mine?

My favourite part of the job in the coal mine was working with a team on shift to complete jobs like breakdowns and the like. The satisfaction of working within a team, the camaraderie, the characters and the stories they told, all took the emphasis off the poor conditions and difficult environment.

What was your least favourite job?

In my time at Fernbrook colliery, broken belts were a regular occurrence. We would use three turfers in line to pull belts together. This was hard physical work that was generally only given to the young, strong men on the shift. Later in my career, repairing broken armoured face conveyor chains was another job I loathed.

Who, or what, has most influenced your mining career?

It would have to be my first deputy, Jim McMahon, the big Scotsman with the big voice and bigger reputation.

It was rumoured that he held a golden gloves title back home in Scotland. No one was game enough to challenge him on the truth or otherwise of the rumour. So needless to say, everyone did as they were asked on Jim’s shifts.

Jim taught me from the very beginning what to do, how to do it, when to do it and what mining politics you had to negotiate to get there.

I learnt from Jim that respect is earned the hard way, by getting involved and helping out when you can. Jim would never ask you to do something if he could not do it himself. It was a very valuable lesson that I have maintained through my career to date.

Mining engineer Neil Moore has been another great influence on my mining career. I first encountered him when I moved to Angus Place colliery.

Neil was cast from a similar mould as my first deputy, having the same work values and ethics that Jim had.

I was promoted to leading hand under Neil and did this role for many years. He taught me the values of being hard but fair when you were a supervisor and resourcefulness in getting equipment back into service.

Later in my career, I made the move into mine management and again had two fantastic mentors in my superintendent Lyndon Bryant and mine manager Dave Oliver.

Lyndon and Dave were able to guide me through the transition from the supervised to supervisor. It was a move that I have questioned from time to time throughout my career but one in which I have surprised myself at what I have been able to achieve.

What do you consider your best mining achievement?

Mines Rescue has played a major part in my time in the industry. I am coming up to 15 years service.

During that time my Angus Place team has won local and national competitions and represented Australia at two international mines rescue competitions in China in 2006 and the Ukraine in 2012.

Also, I achieved my deputy certification and am completing a graduate certificate in occupational health and safety and environmental management at the University of Western Sydney.

I never envisaged myself being able to complete a university qualification. I have really surprised myself in that regard and applaud the support that I have received from my employer Centennial Coal.

What do you see as being the greatest mining development during your career?

There have been a few. Roof support technology, bolting rigs, remote control – both miners and shearers, longwall monorails, face automation and pump stations.

Do you hold any mining records?

None that can be printed.

Do you have any unfulfilled ambitions?

When I achieved my deputy certification, I changed the focus of my study to the OH&S strand of the industry. In hindsight I should have completed studying and focused my energy on attaining my undermanagers certification. I am committed to recommencing these studies at some time in the future.

What was your most embarrassing moment in a coal mine?

I have had a few but one in particular springs to mind. It was early in my career, and involved an early exit from the mine one morning.

The crew gave me directions to walk out of the mine, however, an hour and a half later I found my way back to the crib room, dripping wet.

I got my headings and cut-throughs mixed up and got lost. Needless to say they never let me live it down.

What was your scariest time in a coal mine?

We were completing a mine rescue exercise in irrespirable atmosphere (6% C02) in an old sealed area of the mine when the captain went down and we had to retreat to fresh-air base.

Another scary moment was my first experience at pillar extraction using props as temporary supports.

What is your worst memory of coal mining?

We have had three fatalities at our mine. Two while I have been here. The impact that the fatalities have had on the workforce, the families and the whole community cannot be underestimated.

That is why I am an avid supporter and advocate of improved mine safety and training.

Do you think that the day of the fully automated remotely operated face is near?

It is nearly here but will require a solution to manage the different dynamics of the tailgate and main gates.

What major improvements would you like to see on longwall operations?