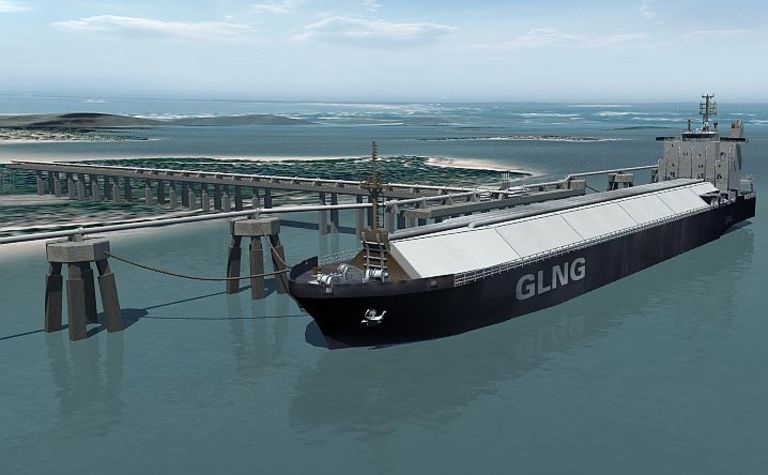 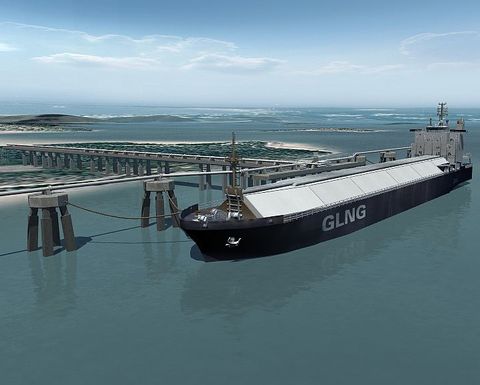 An artist's impression of cargo loading at Gladstone LNG

Gladstone port is not only the largest multi-commodity facility in Queensland; it is also the fourth-largest coal export terminal in the world, handling over 50 million tonnes of coal per annum.

The port has already undergone expansion recently, with a new berth added to the RG Tanna coal terminal. There is also a $3.7 billion proposal for a new coal export facility nearby at Wiggins Island.

But now with an estimated $66 billion of CSG to LNG projects in Queensland having received the federal nod in the past six months, the race to get additional infrastructure to facilitate LNG exports is just gathering steam.

With the first LNG cargoes expected in early 2014, getting construction started has become a priority. Leading the charge is the Gladstone Ports Corporation, a government body that functions as a terminal operator as well as leasing land to resources project proponents for constructing additional infrastructure.

Galt said GPC had also allocated land for LNG Ltd’s Fishermans Landing project to load out their resources and personnel.

GPC is undertaking two large expansion efforts – land reclamation at Fishermans Landing and a $1.3 billion Western Basin Dredging and Disposal Project that will clear the way for ship traffic for LNG exports. A $387 million first stage dredging contract was commissioned in early April and awarded to a joint venture of Van Oord Australia and Dredging International, an offshoot of Dredging, Environmental and Marine Engineering Group of Belgium.

Work under the project includes dredging to 7.5 metres depth in a 3.5 kilometre channel and dredging several berthing terminals. The first stage of dredging works is aimed to facilitate loading of materials in Curtis Island and for early construction of LNG jetty. Work on the first stage is expected to be finished in July 2012.

The seven-stage dredging and disposal project involves deepening and widening existing channels and creating additional channels over a 20-year period. The exact scope of future development will depend on shipping traffic requirements and how the LNG sector develops.

The dredging and disposal work also incorporates the planned Fishermans Landing Northern expansion project, for which Abigroup recently got the contract to construct a bund and haul road. Once the bund is constructed, 150 hectares of land will be reclaimed and six new wharves will be built. The project is expected to cost $200 million.

While the upstream and midstream EPC contracts for the different projects have been awarded to different companies including Fluor, Worley Parsons and Foster Wheeler, Bechtel has won the lion’s share of the downstream contracts.

Downstream engineering procurement and construction contracts being handled by Bechtel include building LNG jetties for both the GLNG and QCLNG.

The US construction company recently awarded a $150 million contract to Leighton subsidiary John Holland to design and construct a new ferry berth, roll on/roll off berth, load on/load off berth and bulk aggregate unloading berth. Construction is expected to be completed by the middle of next year.

An industry source said since all three projects were following Conoco’s proprietary Cascade technology for downstream gas processing and Bechtel had an exclusive user license agreement with Conoco, it had always been the front-runner.

A Bechtel spokesperson declined to comment for this article, but ILN understands it will put about 19 works packages up for grabs for the Gladstone LNG project, including a marine terminal building.

The QCLNG project has 13 works packages downstream including civil works and marine facilities. It is also understood that talks are underway to secure marine transport vessels including dredges and two roll on/roll off vessels that will be deployed on a 60 month contract.

All the planned infrastructure expansion is not without woes or controversy.

The dredging work has already come under scrutiny by environmentalists who contend that the project could threaten the already endangered dugongs.

However, project sponsors say the environmental plan for the dredging project calls for securing additional onshore areas for conservation. But with three mega projects beginning the construction phase, industry and government sources say there are more than just environmental constraints.

“There is a range of pressure on skills and labour; [LNG project proponents] are not only competing with projects in WA, but amongst themselves,” Gladstone Economic Development Board chief executive Ken King told ILN. King said that with Bechtel expected to manage at least three downstream projects, “the whole supply chain … becomes an issue”.

That issue is already being felt. An industry source familiar with the situation said that with Bechtel already committing teams to both the Gladstone LNG and the QCLNG projects, it was struggling to provide skilled workers for the Conoco project.

Understandably that has become a sore point.

It could even prompt Conoco to open up the gas processing technology license to third parties.

King said the pressure was exacerbated by other conditions that came with the project approvals.

The award comes after GPC's board approved the project. 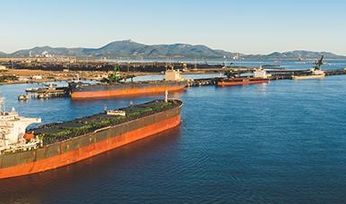 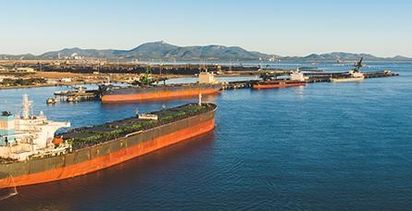