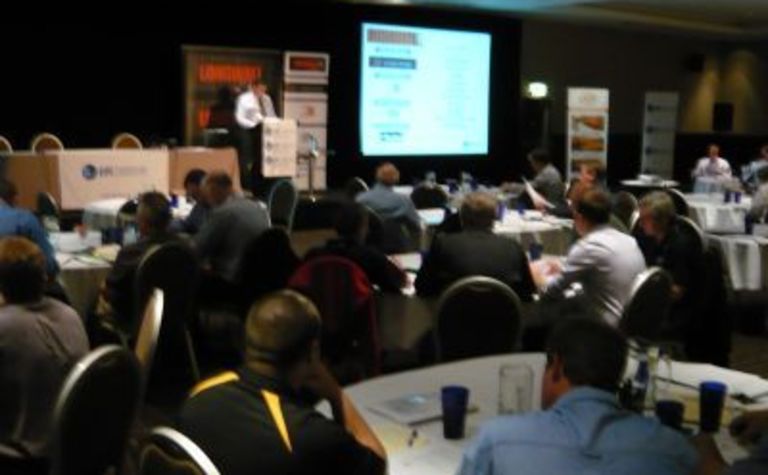 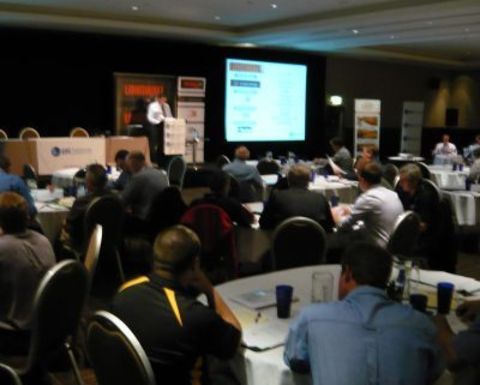 The 2009 Longwall Conference in the Hunter Valley.

The new longwall operation uses an AFC and a BSL from Inbye, Tagor roof supports, a longwall electrical system supplied by MI Power and the first Eickhoff SL1000 shearer installed in Australia.

Duncan will update attendees on progress at Whitehaven Coal’s Narrabri mine in the Gunnedah Basin of New South Wales, where a Bucyrus longwall is due for delivery in the December quarter.

The longwall can be retrofitted to perform longwall top coal caving to make the most of the up to 9m thick Hoskissons seam, while the mine could also be a significant pulverised coal injection coal producer.

There is also a stronger international flavour to this year’s conference.

He will also look at the challenges of training a semi-literate workforce to operate modern technology.

Korea Resources Corporation has long battled environmental concerns of its Wallarah 2 longwall project in the central coast region of NSW, and the project’s environment and community manager Peter Smith will outline the road ahead.

Attendees can also get insights into leading and emerging practices to help improve operational performance and productivity.

BHP Billiton chief engineer Jim Middleton will look at “getting the most out of what we’ve got” as he provides analysis of growth and productivity changes at longwall mines.

Kestrel plant and equipment manager John Coughlan will detail the longwall performance improvements at the Rio Tinto mine.

Anglo American Metallurgical Coal regional manager of underground technical services Bruce Robertson is a guest chair for the first morning of the conference.

Aside from operational and compliance issues, he will explore how groundwater data can be gathered in a cost-effective manner to underpin further mine expansions.

Centennial services electrical engineer at Mandalong, Bruce Davies, will detail the development improvements made by automating the cutting cycle of its Voest Alpine ABM25 continuous miners.

He’ll explain how the “autocut” sequence works and how this project was implemented, plus the continual refinement of the process.

BIS Industrial Logistics underground division general manager Mark Doyle will talk on equipment innovation and technology, look at trends and raise a few questions with the approaches under existing projects.

Peter Lynch recently resigned from the helm of Waratah Coal for personal reasons, and will make a presentation on corporate trends in the Australian coal industry.

The Longwall 2010 conference will be held on October 25-26 at the Crowne Plaza Hunter Valley with a golf day on Sunday, October 24.

Greg West will lead the post conference workshop on roadway development on October 27.

The complete conference and associated events is organised by Informa and registration and other information is available here.