Diversified gold and coal mining company, Gympie Gold, has released its third quarter results to March 2000. Expansion plans include increasing Southland Coal Mine, an increase in gold production from the Monkland mine to 50,000 oz, and the development of the Lewis Decline mine at the Gympie mining operations in South East Queensland.

"Offtake against contracts by major Japanese Steel Mills and local customers has been strong, with sales exceeding contract rates of offtake to date for the coal sales contract year ending 31 March 2000," the company said.

Negotiations with the Japanese Steel Mills for sales from 1 April 2000 have been successful with major contracts negotiated for deliveries.

Gympie said working days at the Southland mine had been reduced during the quarter due to refurbishment of part of the longwall equipment and delays in mining due to cyclic weighting events. The rate of extraction also reduced as the longwall encountered a small fault across the block.

"The fault will affect the remaining three months of SL1 longwall block and while not causing major mining difficulties it will retard the rate of production and increase the amount of non-coal material mined."

Raiseboring work on the 3.1 metre diameter No.3 Shaft began during the quarter. The shaft will be an upcast shaft and provide the required ventilation for the Bellbird area where the next longwall block SL2 is being developed.

To enable development and extraction of SL2 to its maximum extent of approximately 2km Southland and operator Colrok are introducing for the first time in Australia the Advancing Retreat Method (ARM, see previous story). The method will enable commencement of SL2 as soon as practical after the completion of the SL1 block without the dependence on developing the entire block ahead of the longwall.

The company said development rates had improved since the Swamp Fault zone was driven but that further improvement was a priority. Development metres advanced during the quarter totalled 2,010m

"Conditions within the development headings in the Bellbird area are excellent with roadways showing very stable roof, rib and floor conditions."

Planned ROM output of SL2 has been increased from 1.4Mt to 2Mt which is expected to facilitate faster expansion of production. High-resolution seismic over SL2 and SL3 indicate no major geological disturbance. 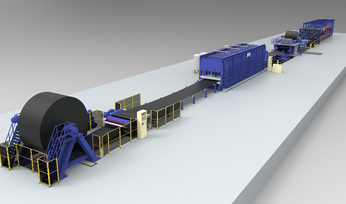 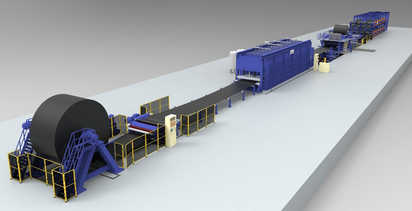