DESCRIBING its half yearly result as disappointing, Austral Coal posted a A$9.5 million loss as it lamented mechanical, electrical and software faults contributing to the slow extraction rates at Tahmoor North.

The $9.484 loss was $5 million more than expected and was attributed to Tahmoor North longwall’s slow ramp-up from commissioning on May 31.

“The new Tahmoor North longwall did not perform to the manufacturer’s specification requiring rectification of numerous mechanical, electrical and software faults. These issues prolonged commissioning and the slow extraction rates in turn required additional stone to be cut to maintain face height and lead to reduced clean coal recoveries,” said Austral.

Geological issues resulting in the truncation of the previous longwall panel and loss of production meant Run of Mine (ROM) production was limited to 590,000 tonnes in the half year.

As a result, sales volumes have been reduced from the 2004 level and with the carry over of old contracts, has stopped Austral from taking advantage of higher priced 2004 contracts. In addition, unexpected production shortages resulted in more than $1 million of demurrage costs.

Current issues affecting the Tahmoor longwall being resolved include excessive CO2, which whilst diminishing has caused production delays; poor shearer clean up and consequent pan push; and operators unfamiliar with equipment and its operation. Past issues now resolved include the loop take up carriage was skewing and causing the belt to track off to the side and extra shield at tail gate has caused production delays.

Despite operation disruptions, infrastructure investment continued, aided by a $15 million placement with Hong Kong-based Noble Group and the successful raising of $26.9 million through a non renouncable entitlement issue and placement in April.

As of June 30 $109 million has been invested in major equipment and infrastructure of the past three years and a further $79 million on development of underground roadways and service installations.

ROM production for the second half of 2004 is forecast at 1.76 million tonnes, bringing the total to 2.36 for the year. Austral expects to start reaping the benefits of new higher prices from October.

About 10,000t of mullock was used to first commission the Adelong plant. 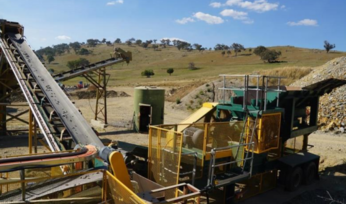 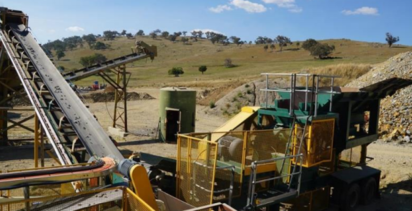