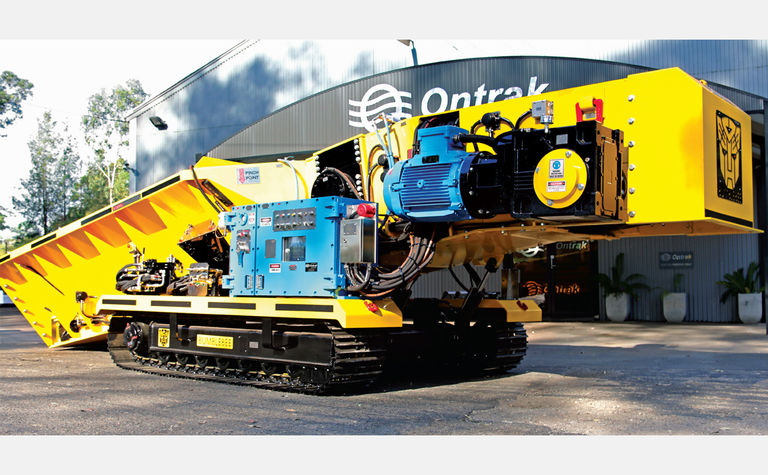 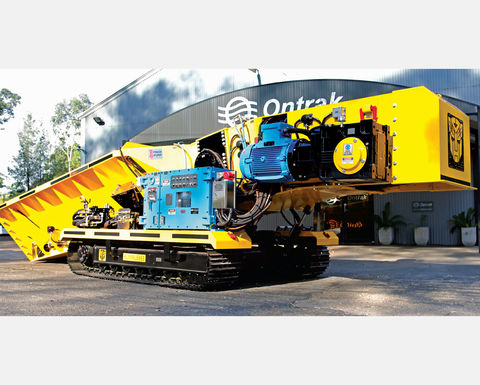 The Ontrak Engineering team is stepping out of the workshop this month to celebrate 20 years in the mining equipment and service business and look to the future on a solid and expanded foundation.

Founder Steve Lewry has maintained a simple mantra since starting the Australian-based company: "Never say you can't do, always say you can do."

The business has grown from specialising in crawler track systems to custom-building feeder breakers.

Ontrak's five owners, Adam Lees, Doug and Robyn Lees, and Shannon Lewry share Steve's "can do" attitude and are quick to praise the company's workforce for their expertise and attention to detail.

Sitting down to talk with Australia's Mining Monthly from Ontrak's head office in Maraylya, New South Wales, it is clear they value their team highly.

The company takes its staff and their partners away each year as a way of thanking them, taking a group of more than 30 on a trip to Fiji for the past three years.

This year the group is headed to a fivestar hotel for a getaway.

"We want to reward them for the work they do, because without these guys we wouldn't be where we are.

"I truly believe we have the best tradesmen in Australia working in our workshop."

The pride and attention to detail is evident in the equipment being produced out of Maraylya.

Each custom-designed feeder breaker is given its own personality and unique paint job. The company has dubbed recent machines the Hulk and Bumblebee and is now working on one they've nicknamed Thor.

"If you call a machine Hulk that gives it personality," Shannon said. "Everyone takes pride in it. "Even when you get it to site, people talk about taking Hulk underground, it's not just machine number 1 - it gives the machine a life." Robyn said the company maintained its consistent, high standards.

"Adam won't let a machine out unless it looks schmick," she said.

"He still oversees the work."

Despite their love of welding, Adam and Shannon are spending more time in the office as they step up to lead the business into its next chapter.

"It's hard to put the tools down," Adam said.

"But we've put on a couple of new employees, so we can do more organising and planning.

"And we've got a really good group of guys and have faith in them to run the show while we're here in the office."

It is all part of the successful evolution for the company that had its origins in a two-man team focused on crawler track systems when Australian coal mines mainly used rail networks underground.

"Adam and Dad started when their work was based on underground locomotives," Shannon said.

"After eight years, the industry moved from rail to rubber tyres so we started to diversify."

After building a solid reputation repairing and overhauling feeder breakers for the mining industry, Ontrak decided to put its expertise to use and start manufacturing its own.

It has also started a feeder rental service and offers a "hire to buy" arrangement.

Shannon said there was a strong demand for the rental equipment.

"We're picking up machines that are 30-40 years old and there's such a high demand that normally by the time it's fixed up it's got somewhere to go," he said.

Robyn noted the "hire to buy" option was a standout for some customers. "Companies don't always have $1 million to buy a piece of machinery," she said.

Ontrak has weathered the cyclical nature of the mining industry and Adam said it was well-placed to handle a future stepchange in coal mining.

It now makes feeder breakers for hard rock tunnelling, including the three at work in the NorthConnex project.

Steve has said he believed it to be a first for an Australian company to break into this area with feeder breakers made locally.

Ontrak has also developed a transporter able to carry a crusher underground at the massive Oyu Tolgoi mine development in Mongolia.

"Basically it's a skateboard with 100-tonne tracks," Shannon explained with a smile.

The company also set up its new electrical arm, Ontrak Electrical Engineering, just over a year ago in Cameron Park specialising in flameproof equipment solutions.

"It's easier having our own electrical company," Shannon said of the experienced electrical team. "We can go straight to the source and get an honest answer."

Ontrak's ability to establish strong working relationships with its team has also extended to result in three overseas partnerships.

Ontrak has an agreement with HMA Halley & Mellowes for the joint development and supply of materials and mining equipment to Indonesia, SubSaharan Africa and Papua New Guinea/ New Caledonia.

It also has a formal agreement with West Virginia-based Phillips Machine Services in the US, and with Tractors India Private Ltd (TIPL CAT) - now Gainwell CAT - covering India, Nepal and Bhutan.

Adam said Ontrak maintained strong relationships with the groups which was opening up further, new opportunities for the company.

"Shannon and I did a trip to Indonesia last year and designed an open cut feeder breaker for HMA," he said.

"We build here to their specifications."

Aside from dealing with the mining industry's cyclical nature, Adam said one of the biggest challenges was working with family, and at the end of the day still being good friends, which they have managed to do.

"It is challenging to work as a family group but we've done pretty well," he said.

Robyn said everyone has their own ideas but are always prepared to listen to each other, and then choose the best option.

"Adam and Shannon are very good at what they do," she said.

"They know our background and what might have worked well for Steve and Doug 20 years ago and they'll say ‘this is a better way'."

As for where the company might be in 20 years, the owners hope to see the business and its partnerships grow and flourish.

"If anything in 20 years, if me and Shannon are working here side by side with our children, that will be pretty cool," Adam said.

Ontrak is preparing to celebrate its 20year milestone with a dinner at Peterson House winery in New South Wales' Hunter Valley this month.

About 130 people are set to attend, with some guests flying in from overseas and interstate.

Adam said the owners were honoured by the people who have said they would be there.

He was looking forward to the opportunity to thank key guests at the dinner who had "given Ontrak a go" at the start and helped make it the business it is today.

"I'm really proud of where we are," Adam said.

"Growing up, we didn't have fancy stuff, it took us 10-12 years to reap the benefits of the business."

Ontrak now employs 26 people in its engineering division and more than a dozen on the electrical side.

As Robyn reminded them, "never say you can't - we can build anything."

NSW engineer is on the right track for success. 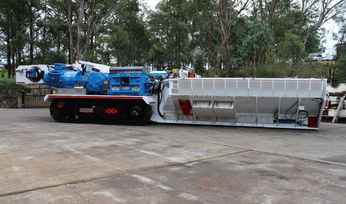 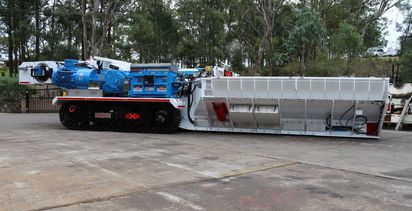