A DRONE and LiDAR system for surveying stope voids at BHP’s Olympic Dam copper-uranium mine in South Australia has brought improvements in scan data quality. 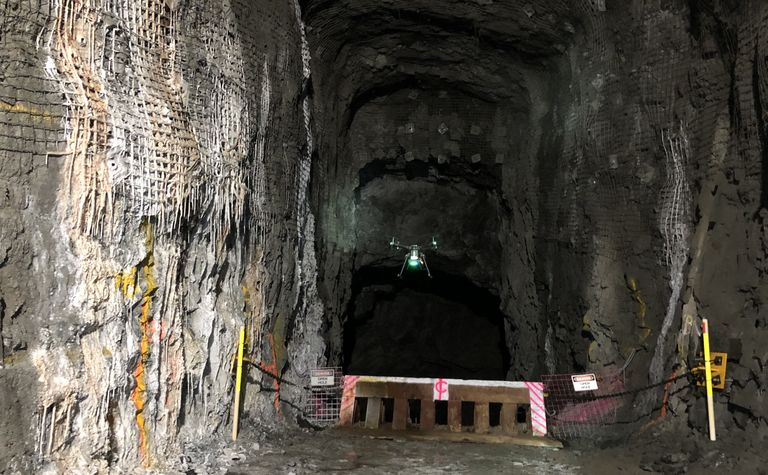 An Emesent drone in action.

It has also reduced the amount of time needed to undertake the surveying tasks and led to a marked improvement in personnel safety.

The technology put under trial was developed in conjunction with Emesent, a spin-off from the CSIRO data agency Data61.

The drone uses Simultaneous Location and Mapping to stop it crashing into the workings and also to provide in-flight stability.

BHP senior engineer mine services Daniel Woolmer is presenting the findings from the trial at the AusIMM Underground Operators conference in Perth in March 25-27.

Those results have been compared to the industry standard methods used for void surveying such as Cavity-Autoscanning Laser and Compact Muon Solenoid techniques.

Woolmer said the C-ALS and CMS techniques used fixed scanners and required other equipment to get into position.

"We've had some major successes with the trial in terms of the number of scans we can do and the ability to move people away from the voids," he said.

"We've been very happy with the system.

"The maximum number of scans we've been able to do have been 100% to 150% higher than with conventional methods.

"The accuracy and quality of the data has been as good as the traditional methods, and, in certain situations we had better results than traditional approaches.

"We can scan in areas we previously had not because we can a safe working distance."

Woolmer said the LiDAR scanner had also been taken off the drone and put onto a loader being operated via teleremote to get into some areas and had worked well.

"Having that teleremote capability adds another area of functionality to our scanning," he said.

It has allowed stope scans to be taken directly after production, leading to faster stope close out and greater detail in final stope surveys.

The data from the scans are stored on the device. That data can then be downloaded and analysed.

The project has been ongoing at Olympic Dam since early 2019 and has formed part of the operations commitment to continuous improvement and technological advancement.

The $1 million trial will begin in the December quarter. 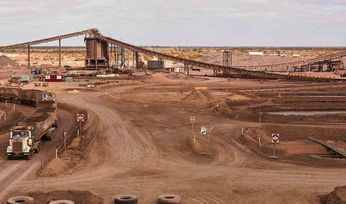 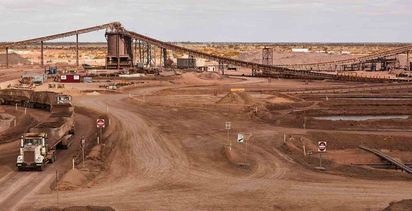