CLIFFS Natural Resources has confirmed that board member Richard Ross has left his seat only weeks after announcing he would not stand for re-election next month at the producer’s annual shareholders meeting.

In a US Securities and Exchange Commission filing, the company said Ross submitted notice on April 3 that he would immediately step down from the iron and coal miner’s board.

He initially said on March 15 that he would not be included in re-election voting.

A specific reason for the resignation was not disclosed.

Cliffs officials said only that scheduling conflicts would preclude him from fulfilling commitments to the board before Cliffs’ May 7 event and resulted in his rapid departure.

Ross, a former chairman and chief executive officer of metal producer Inmet Mining, was elected to the Cliffs board in January 2011.

Before joining Inmet, he was employed at Placer Dome and PricewaterhouseCoopers.

“Richard brings an in-depth understanding of the mining industry, having gained experience in various metals and geographic regions around the world, including Canada, where we are increasingly active in executing our growth strategies,” Cliffs president and chief executive officer Joseph Carrabba said at the time.

Taking off at Tarcoola 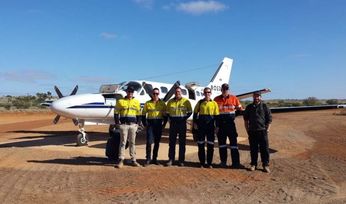 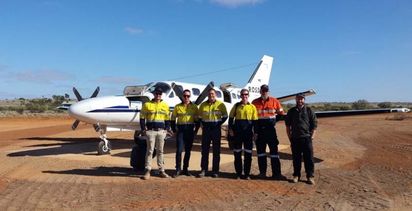