THE Australian mining industry is set to rebound in 2015-16 by about 8.6% to reach $230 billion in revenue according to IBISWorld – a great turnaround from the 10% revenue loss experienced the year prior. IBISWorld predicts the Australian mining industry will rebound in 2015-16 by 8.6% to reach $230 billion in revenue.

IBISWorld senior industry analyst Spencer Little said improving global demand conditions, prices and production growth would drive the industry’s recovery and “offer a much rosier picture for some of the nation’s largest industries”.

This is true for iron ore and oil and gas, but not so much for brown and black coal, which are expected to keep struggling for another year before conditions improve in 2017-18.

In the iron ore sector, IBISWorld has predicted a growth rate of 5.5% in 2015-16, most of which will be driven by growing demand from countries like Japan, South Korea and Taiwan, while China – which accounts for about 80% of Australian iron ore exports – will likely remain a soft market.

“Although it may not grow at the pace of others, it’s still a massive market for Australian iron ore,” Spencer added.

The oil and gas sector is looking at an even brighter picture, with IBISWorld forecasting 12.8% growth in the year ahead on the back of new projects, including Chevron’s Gorgon and Wheatstone projects in Western Australia and Shell’s Prelude offshore project – all of which are due to start exporting in 2016.

But the coal sector is predicted to stay behind and keep peddling in the red for the year ahead, albeit at a slower pace.

While the black and brown coal sectors both dropped 9.4% and 3.1% respectively in 2013-14, IBISWorld expects the two markets will experience a slower pace of contraction in the year ahead, forecasting growth at minus 4.1% for back coal and minus 1.1% for brown coal.

Exports will also be down as a result, but this will only last for a year with Spencer affirming that black coal mining over the next five years is still set to grow at an annualised 3% to reach around $47 billion.

“So although revenue is declining in 2015-16, strong price growth and also demand growth in southeast Asia is likely to benefit operators in the black coal mining industries from 2017-18,” he said, adding the five-year window looked positive for iron ore and oil and gas too.

IBISWorld also noted further improvements for uranium mining, which unlike other sectors has experienced a tremendous 30.4% growth in 2013-14 to generate nearly $700 million in revenue.

With prices on the up, forecasts expect the sector will keep growing, but at the slower rate of 4.5% in 2015-16, before reaching an annualised 14% growth rate over the next five years to reach $1.3 billion.

People in the city have finally noticed mining's comeback. 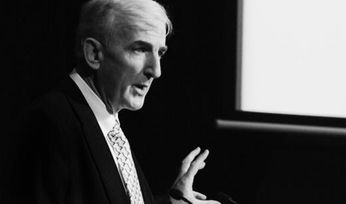 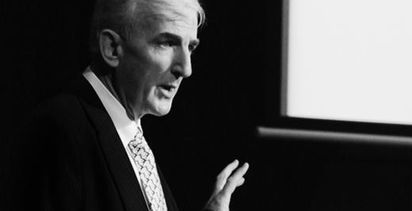