FOUR miners have been killed while operating locomotives or personnel carriers since November 2000, in the United States of America. This worrying statistic was highlighted by the Mine Safety and Health Administration (MSHA) who have issued safety practices to follow as part of its Accident Prevention Program.

Of the fatalities that have occurred over the past four years, a miner was killed when his head struck a protruding chute; another was killed when he was struck by a drifting train when the locomotive brake was released. Two miners were killed in separate accidents at the base of steep grades while track equipment was being operated.

MSHA said to avoid these types of accidents, the following remedies should be implemented.

Frequent work areas and switches along the track should have lights installed to improve the visibility.

Reflective material and highly visible warning signs should be placed at restricted clearance such as overcasts or approaches to steep grades.

Avoid placing doors, switches, and other installations on significant grades in haulage ways. Install haulage-way doors such that they can be opened without the need to stop and exit the equipment.

Positive-acting stop-blocks should be used to protect persons working near haulage equipment. 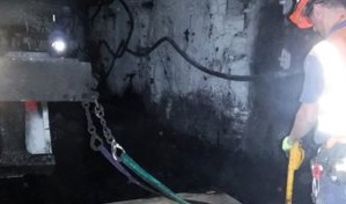 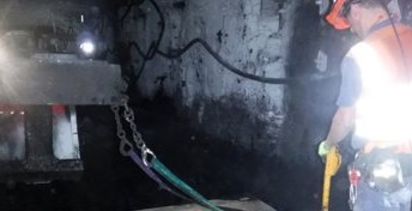