A DBT longwall shearer, designed to suit a very specific mining technique and geology at the Russian Kyrgaiskaja mine, has broken a string of records. 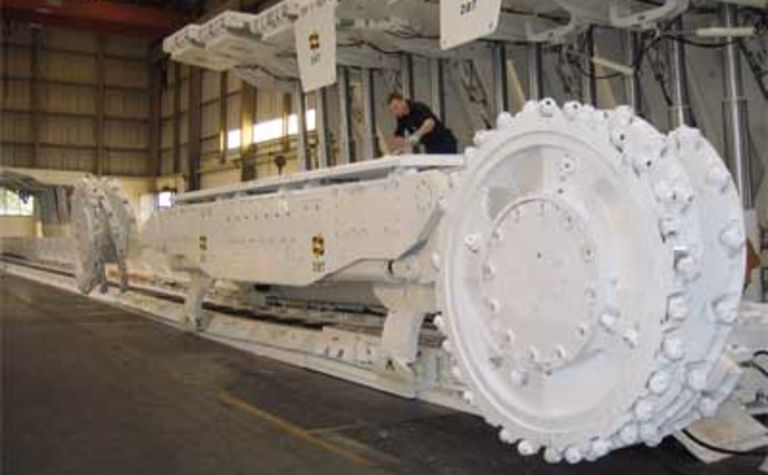 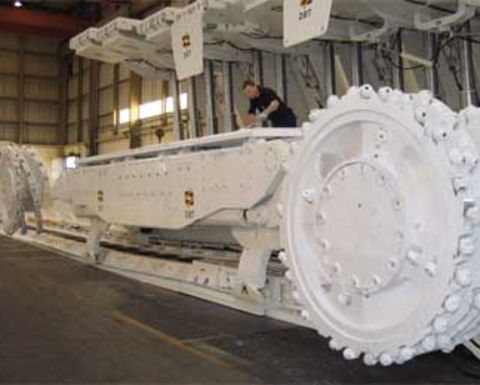 Shearer at the compatibility test at the DBT headquarters in Lünen, Germany in October 2004.

The mining method – a full cut from head to tail gate, and back to the head gate without cutting – and the face inclination presented a challenge. DBT’s longwall equipment in general, and the shearer in particular, were easily able to deal with these circumstances, the OEM said.