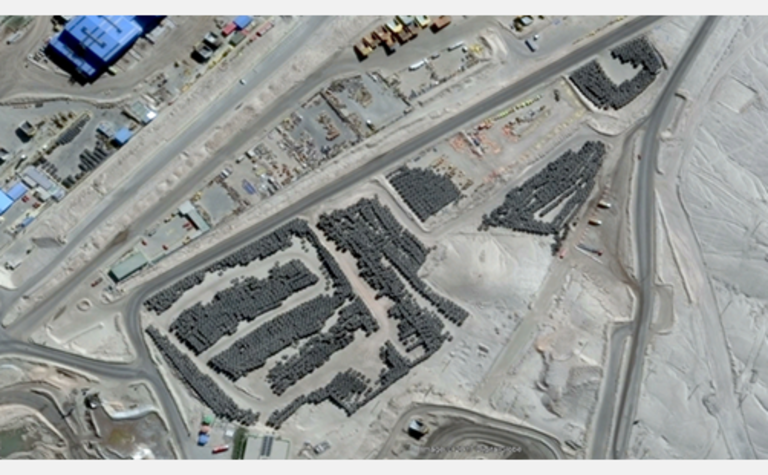 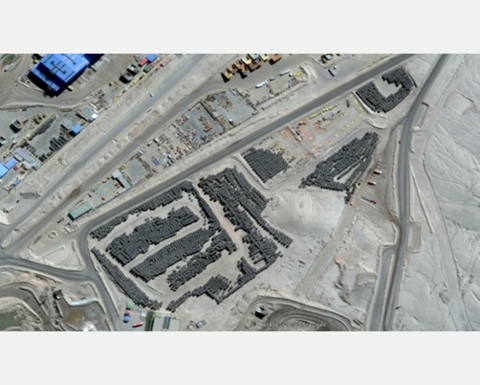 With Kal Tire's first thermal conversion recycling facility set to open in Antofagasta later this year, the company reflects on how developing government relationships was just as critical as developing a viable recycling solution.

There are stockpiles of mining tyres in Chile so enormous, that they can be seen from space. Chile is home to some of the world's largest copper mines. Over several decades, they've disposed an estimated 500,000 tonnes of scrap tyres. The reality is, many mines scrap nearly 1,000 tyres a year. Chile is just an example of how 400,000 kilometres from earth, we have this troubling image: mountains of gigantic black rings.

It might be a startling picture for those outside our industry, but for the rest of us, we've flown over and walked beside those fields of scrap tyres, and for a long time wondered, what can be done? We've all wanted to live up to sustainability charters and do the right thing, but until recently, practical, affordable solutions for recycling mining tyres have been non-existent.

In Chile, government knew it had to do something. What Chile recognised was the need for tyre recycling legislation, and in 2012, its government began those discussions. What Kal Tire recognized was an opportunity to be a part of both the conversation and the solution.

Kal Tire's Mining Tire Group has had an extensive presence in Chile for nearly 20 years, and so we had a vested interest in serving many long-time customers: We decided that if we were going to deliver the new tyre, we also wanted to be the one to take it away and recycle it. By 2015, our company began developing relationships with the Chilean government and began designing our first thermal conversion tyre recycling facility.

Thermal conversion uses heat in the absence of oxygen to decompose organic materials and turn tyres into steel, carbon black and oil that is upgraded to diesel—resources that can fuel the very mine trucks they came from and the local economy. With traditional mining tyre recycling, shredded tyres are sometimes shipped to countries with less restrictive emissions standards, so they can be burned and used as tyre-derived fuel to replace coal. We wanted to develop a solution that would allow recycled resources to be reused for the same purpose: steel to steel, fuel oil to fuel oil, etc. In the hierarchy of waste management, landfilling is at the bottom, incineration is second to the bottom, and reuse is second to the top. We wanted to develop a solution that was higher on this hierarchy.

It has been a journey, as many are, marked by steps forward and backward, forward and backward. Although at the time there were components of thermal conversion in existence, there was not a working system anywhere—not for the enormous size and weight of earthmover tyres—so we had to design the equipment. We learned as we went. Eighteen months of study and engineering and design. A tremendous investment. And many conversations and calculations to ensure this would be commercially viable.

We also had certain guiding principles we agreed to always follow: one, this facility had to operate to the highest environmental standards; two, it must operate at the highest level of safety; and three, it had to be scalable to adapt to different regions. We also wanted the opportunity for automation. 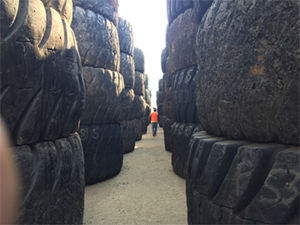 Four years later, we are about to open our thermal conversion tyre recycling facility near Antofagasta, and Chile has just enacted its legislation, which takes effect in 2021. Soon, this 20,000 square-metre plant will have the capacity to recycle 20 tonnes of tyres each day.

In conversations with the Chilean government, we voiced our customers' concerns about needing a solution for these mountains of scrap tyres. Working with the government to ensure our solution would conform to Chile's environmental and emissions standards and laws was a huge endeavour.

What we've learned is outcomes can be influenced with early involvement. Other countries—Colombia, Australia, South Africa and Canada—are moving toward mining tyre disposal levies or legislation. We look forward to the chance to be a part of those conversations on behalf of customers in those countries too.

Kal Tire has become a leader in mining tyre service and supply thanks to its pursuit of innovation, and ability to bring new technology, tools and processes to mining.

Kal Tire has become a leader in mining tyre service and supply thanks to its pursuit of innovation, and ability to bring new technology, tools and processes to mining. 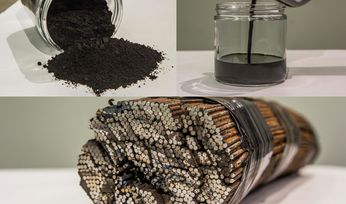 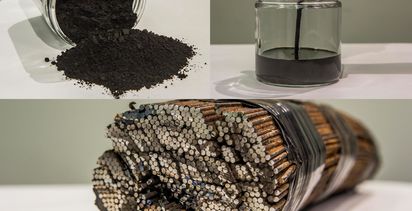 Shifting the paradigm of mine relinquishment